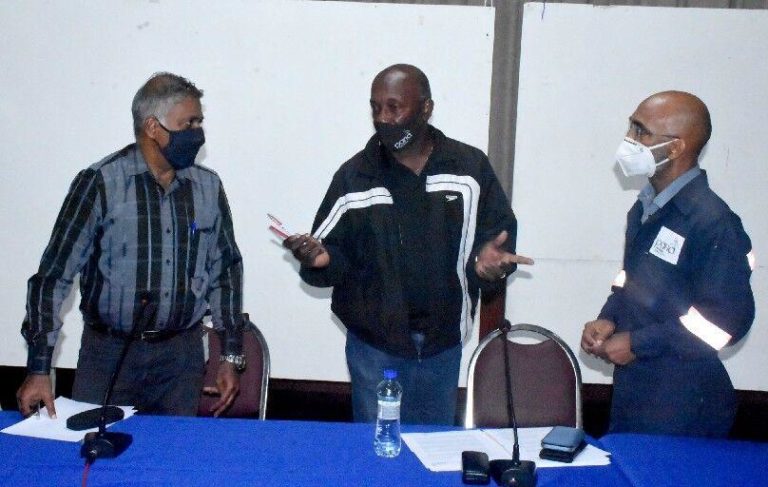 As the regulator of the legal umbrella under which the investigation into the death of four divers at Paria Fuel Trading Co Ltd in Pointe-a-Pierre last Friday, Minister of Energy and Energy Industries Stuart Young said the five-panel committee carrying out the investigation will have a 45 day period to report back to him, their findings.

The members of the panel are:

Gregory Wilson – Professional Subsea Specialist with over 20 years’ experience in the oil and gas industry.

The Panel has been tasked to prepare a report within 45 days after their appointment, which should take place by next week. Their objectives include:

Thousands of people have also signed a petition calling for the dismissal of the Board of Paria Fuel Trading Company Limited. The petition, which was started by attorney Vanessa Soobrattie, received almost 16,000 signatures within 24 hours on Wednesday.

The Oil Field Workers Trade Union has also been expressing these views and has been picketing outside the homes of the executives. The union warned that candlelight vigils will continue at the homes of managers and outside Paria’s Pointe-a-Pierre compound.

So when asked on Thursday if any of the board members will be removed, Minister Young responded, “I haven’t received any resignations nor am I at this stage calling for any resignations. I think that would be premature and this panel of experts would go in there to look at the various roles played…I will take it from there.”

The minister added that if at any stage into the investigation the panel recommends that certain persons step aside, he will give it some consideration. He also made it clear that this has nothing to do with his ministry.

“The ministry of energy has no role as far as I’m aware to play in this.”

The energy minister then gave assurances that Paria as well as LMCS has been instructed to provide comforts and support to the families.

One diver Christopher Boodram was rescued hours after they got into difficulty and remains hospitalized.

Paria began recovery operations on Sunday night and three bodies were found at around 6pm on Monday. They were identified as Kurban, Henry and Ali. Recovery operations continued into Wednesday for Nagassar’s body which was recovered after midnight on Thursday.