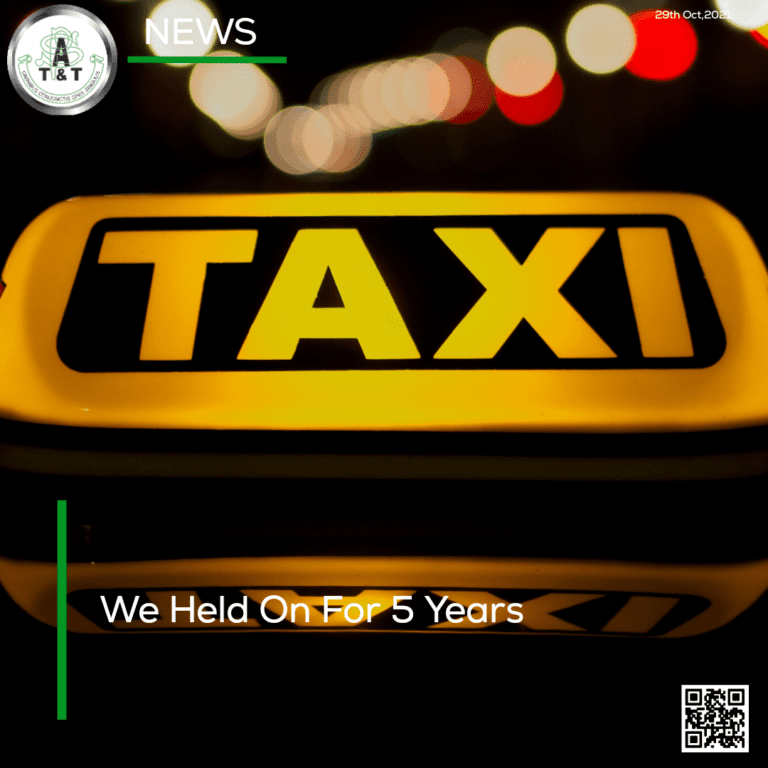 The Port of Spain to Chaguanas Taxi Drivers Association has about seventy-five to one hundred active members, and as of Monday 11th of October 2021, there was a raise in the fare from $11 to $15. PSA Media spoke to Miguel Dolabaille, who is the President of the Port of Spain to Chaguanas Taxi Drivers Association, and he stated that for 5 years, and throughout the Covid-19 pandemic, fares have remained the same. He said that the high cost of living and the terrible, pothole-ridden roads were to blame for this hike in fares. It is his view that the only way that they can break even is to return to one hundred percent passenger capacity. However, this is dependent on Government policy and Health Regulations. Mr. Dolabaille further lamented that most taxi drivers never received the $750.00 grant that the Government promised to the taxi drivers to assist them during the pandemic.

While some passengers understood and agreed with the raise in fares, others were not so empathetic particularly in consideration of the impact on their own wallets. Since workers are still on 2013 salaries, the fare increase will further reduce their disposable income. Their incomes have already dwindled rapidly in recent months as global supply chain issues and Trinidad and Tobago foreign exchange shortages have given unprecedented rise to food prices. The working class is feeling the pinch.

With regards to the taxi drivers’ plight, Mr. Dolabaille added that motorways needed fixing urgently as their vehicles feel the impact of the nation’s poor roads translating into frequent repairs. As is everything else, the cost of fixing their vehicles was also increasing. He spoke passionately but with sadness about their plights.

PSA Media was told that the food prices were also the reasons for the fare increases. Importers were passing the cost on to drivers and the public said Mr. Dolabaille. The price for motor vehicle oils is going up and up, from $110 to $175. In addition, tyres are now $550 to $600 from $400 to $450 as customs is charging importers ridiculous prices to clear shipments because of forex running low in our country.

PSA Media asked Mr. Dolabaille if the government was doing enough for the drivers. His response was, ‘No!’ as the taxi stand does not even have a sign indicating the route Port of Spain to Chaguanas.