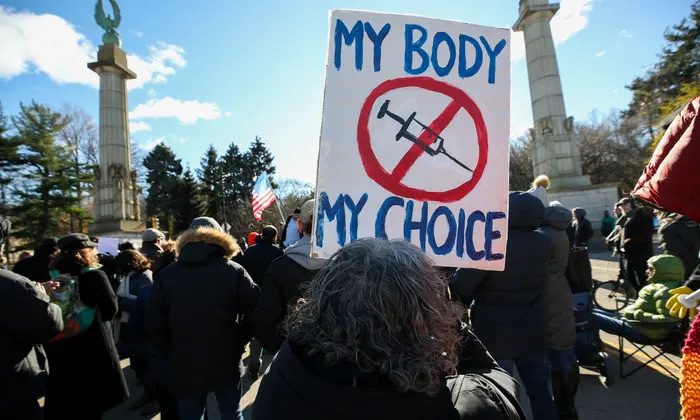 Freedom of choice! This has been the mantra for many employees throughout Trinidad and Tobago during what many are referring to as, ‘vaccination propaganda’. Within the last month, scores of persons employed in the private sector have joined the Public Services Association (PSA) seeking representation against mandatory vaccination imposed by their employers. In a most recent case, an employee at a private water company was mandated via What’s App message that she had to be vaccinated to return to work. The PSA represented by Acting Labour Relations Officer, Fiola Wilson-Beckles, successfully had the employee reinstated a week after her grievance was expressed to the PSA.

LRO Wilson-Beckles, in her letter to the water company’s management, stated that by law, vaccination can be enforced by an employer but cannot be made mandatory. After the written letter, a same-day response was given to the PSA denying any such claims of forced vaccination upon employees. However, according to the member, the proof was in a What’s App chat.

Previously, the Former Chairman of the Equal Opportunities Commission (EOC), Lynette Seebaran-Suite, stated that the only way persons could be forced to take a vaccine was if a law was passed in Parliament. She said that currently no such law existed and that it will be very unlikely that such a law will be passed.

Prior to Seebaran-Suite’s statement, President of the Industrial Court, Deborah Thomas-Felix, also stated that employers could not alter terms and conditions to make the Covid-19 vaccination mandatory for employees. She said that organizations could not demand that their workers take the vaccine.

President of the Public Services Association (PSA), Watson Duke, had also said that by law, according to the Trinidad and Tobago Constitution, employers and institutions that were forcing persons to be vaccinated were violating a person’s fundamental human rights.