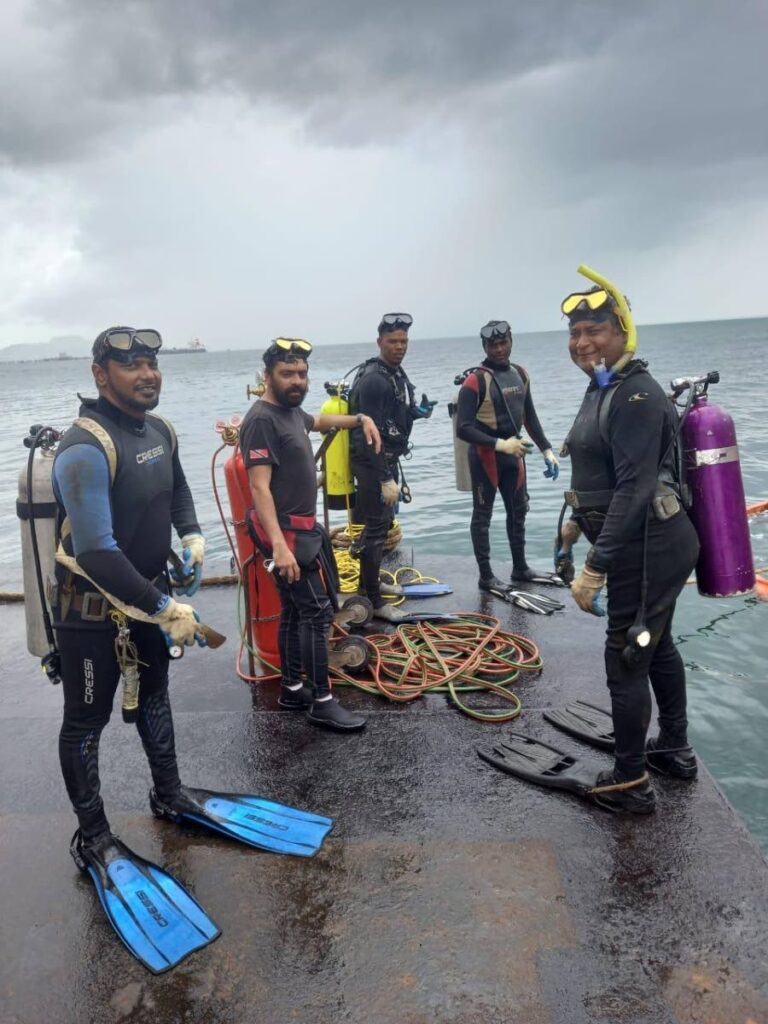 The Oilfield Workers Trade Union on Monday expressed its dissatisfaction with Paria’s handling of the five men who were sucked into a 36 inch diameter crude oil pipeline on Friday afternoon. One man, Christopher Boodram was rescued, while the bodies of three of the other four men were recovered on Monday evening.

OWTU President Ancel Roget has been supporting the family since Saturday and at a press conference on Monday, said that the stakes in this issue are very high. He criticized management at Paria Fuel Trading Company Ltd for a lack of experience which he said, contributed to the fatalities.

“The majority of T&T is fully convinced that those people in charge of Paria are as incompetent as they come and that the operations for which they are responsible, they lack the experience and the confidence,” he said.

Roget continued, “When someone don’t know what they are doing, they are filled with arrogance, a lack of caring, a lack of empathy, no caring for those who perform the jobs.”

According to him, once these persons are supported by government, we will continue to experience tragedies such as this.

The union’s President further stated that Energy Minister Stuart Young’s press conference on Monday where he announced a five member team to investigate the matter, may have been a diversion from his ministry as well as the company, one he said will bring about a particular result.

“It is as though these people in an attempt to save themselves would prefer if those comrades don’t come and give an account as to what happened and they will do anything to achieve that objective.”
Roget explained why he believes that following the incident, executives still hold their positions. “It is only in Trinidad something like this could happen from Friday to now and you have a general manager who still in the work, a chairman he still in the work and the operations manager still in the work. And even worse, an investigation can take place and they still in their work to influence the outcome of that investigation.”

He called for government to adopt international standards and remove executives from their positions. This he said will display independence throughout the course of the investigation.

Meanwhile, some are calling him a hero, Michael Kurban, a professional diver and relative of one of the divers Fyzal Kurban defied instructions and dived to attempt to rescue the men.

Ramoutar said he spotted a man covered in a thick oil slick attempting to get to the surface. Boodram had already dragged himself out of the pipeline and was struggling to get to out.

Son of Fyzal Kurban, Michael claimed Paria company officials were too slow in their response when five divers were sucked into a pipeline on Friday. He was disappointed at the way the rescue mission was handled.

This as Paria is also being criticized for not immediately launching a rescue mission which may have potentially saved the lives of all five men.