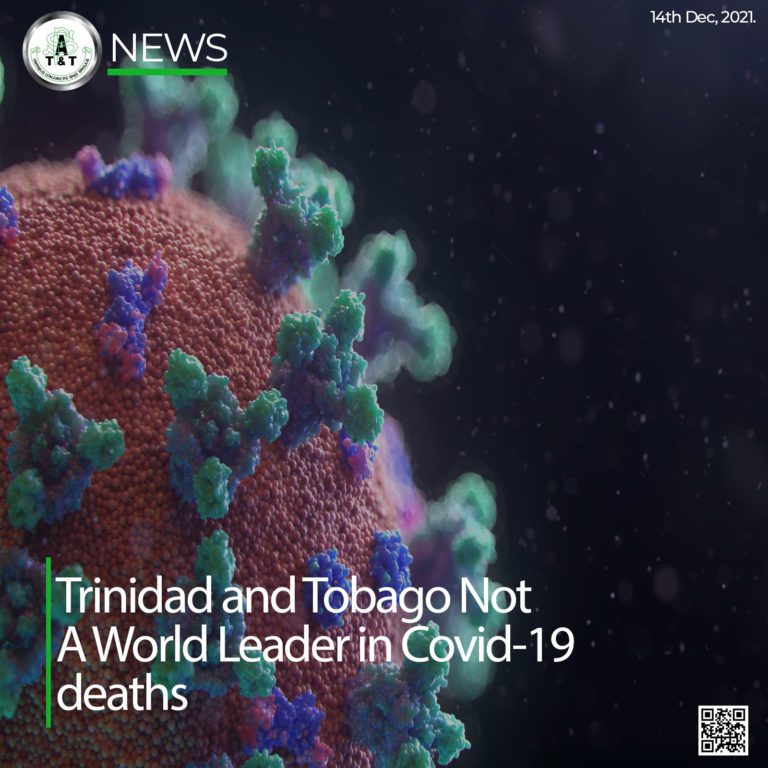 Despite leading the world in Covid-19 deaths for one day, Trinidad and Tobago does not have the highest mortality rate, and neither is it at the top of the list in the Caribbean Community(CARICOM.)

The statistics provided by a website ran by John Hopkinson University and cited in parliament yesterday states that Trinidad and Tobago ranked 44 in case fatality ratio(CFR) and had a death ratio of 3.0%. That ratio is based on the latest number of confirmed cases in the country at the time, which for Trinidad and Tobago stood at 80,607 and the number of deaths which at the time stood at 2,407.

According to information provided on the website, the CFR is calculated by, “The number of deaths divided by the number of confirmed cases.”

However, while CFR is the global standard used to rank the mortality rate of countries, it is not the only way deaths are assessed.

Comparing Trinidad and Tobago CFR to the three other CARICOM member states, both Grenada and Bahamas also tallied more. Grenada at 3.4% and the Bahamas at 3.1%. While Suriname had the highest death rate per capita in the four countries, their CFR was lowest at 2.3%.

On November 25, Trinidad and Tobago recorded the highest daily Covid-19 deaths. Those statistics were according to, Our World in Data and calculated borrowing information from John Hopkins University. However, the title was based on the deaths per million people. On that day Trinidad and Tobago had recorded 31 confirmed cases.

Yesterday, in the house of representative, United National Congress(UNC) MP, Rodney Charles asked the Prime Minister, Dr. Keith Rowley: “Is the Prime Minister concerned that with almost similar, climatic demographic and social characteristics as our CARICOM neighbours, Trinidad and Tobago has among the highest rates of Covid 19 deaths per capita in the world.”

The mocking response: “If we had taken the advice of our colleague who is just reading this out and used climatic response to Covid, where sunshine was supposed to kill Covid, we certainly would have had the worse condition in the world.” Dr. Rowley responded.

Dr. Rowley also noted that the premise of the question by the opposition parliamentarian was inaccurate since Trinidad and Tobago’s demographic was different from other CARICOM states. He reasoned that this country had one of the highest rates of Non-communicable diseases(NCDs) in CARICOM.

Several technocrats at the Health Ministry including epidemiologist, Avery Hinds, and Health Minister Terrence Deyalsingh have repeatedly stated, hypertension and diabetes are two of the more common comorbidities that persons who have died from Covid-19 had been nursing.