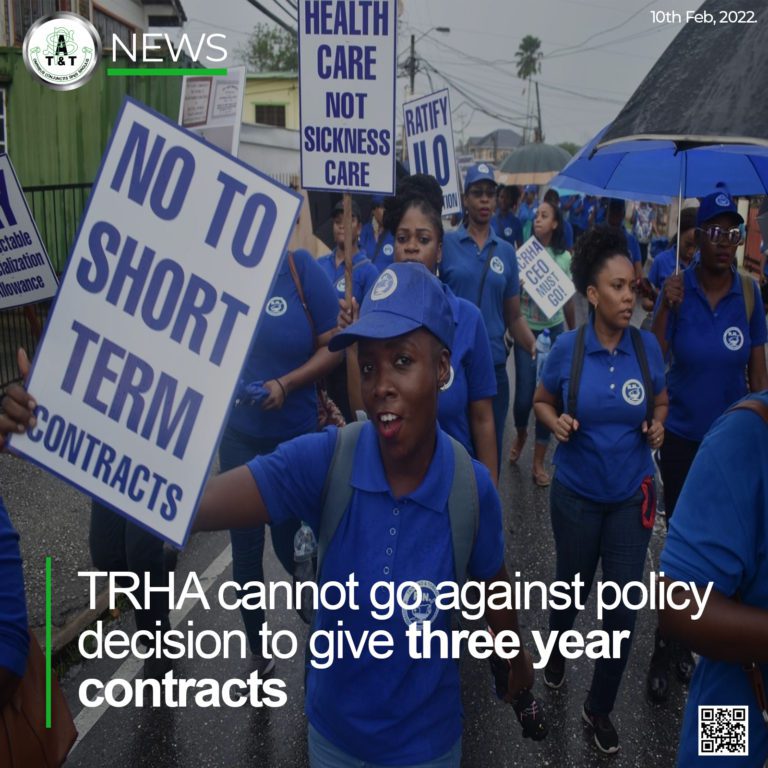 According to Tobago House of Assembly Chief Secretary Farley Augustine, the Human Resource Department at the Tobago Regional Health Authority does not have the authority to vary any policy made by the THA Executive Council.

This as he gave an update on developments in Tobago and details of what was discussed in his meeting with Prime Minister Dr. Keith Rowley earlier this week. At the Post Executive media briefing on Wednesday, the Chief Secretary said, “ I will have you know that our first line of attack to the problem is really the TRHA and that’s because we felt some of these workers have really worked hard and long.”

Mr. Augustine would have announced three year contracts to workers in the TRHA under the age of 60, following a five-day THA executive council retreat in January. He said measures were being put in place to ensure that persons leading in the fight against Covid-19 were financially sustained ruling out three months and one-year contracts for starters.

But according to one reporter, there have been reports of the Human Resource department only offering one year contracts, contrary to the Chief Secretary’s announcement.

Recognizing that many have placed themselves at risk in the fight against covid-19, Mr. Augustine said their employment issues at least deserve to be rectified. He added, “I hear the union and I agree with the union that the ideal thing is to have people placed on the establishment and to have the establishment built out,” but he admitted that he was advised that this may take some time.

In response to the move announced last month, the Trinidad and Tobago Registered Nurses Association said it will not relent until all nursing and midwifery personnel are permanently employed.

“I don’t know that I want to wait 5 or 6 years before giving the workers in TRHA some relief and so the idea of starting them with three year contracts instead of shorter contracts is so that for the very least there is a sense of security that can be had. Financial security,” Mr. Augustine explained.

He gave assurances that he will look into the matter and investigate to confirm whether this is in fact the current situation.