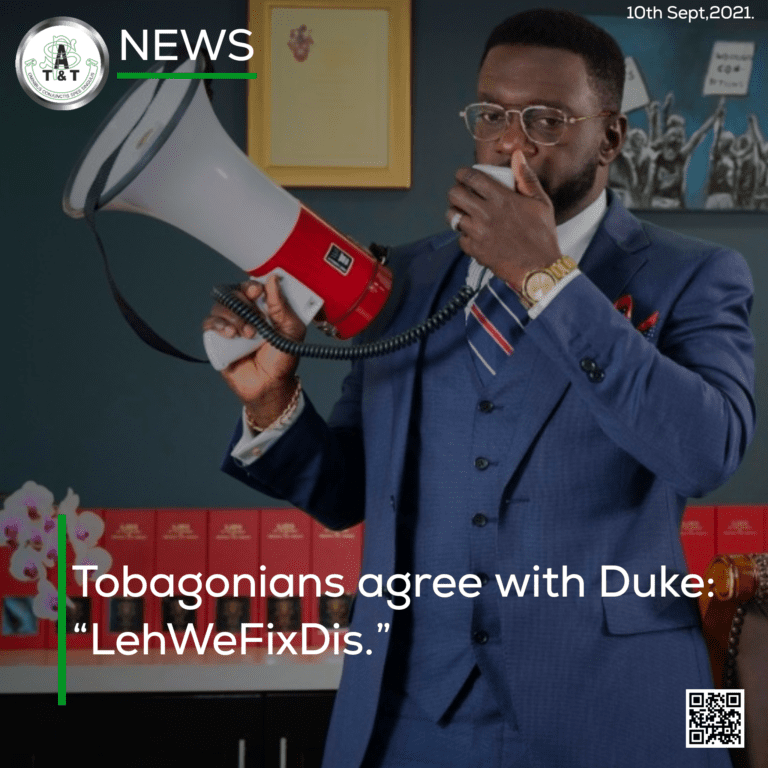 Several commenters expressed their agreement with the Progressive Democratic Patriots(PDP), Political Leader, Watson Duke, when he stated on his Facebook Live that the government has failed to capture the interest of the potential tourist.

The PDP leader was continuing his “#LehWeFixDis” tour on the island when he took viewers on another trip to West Tobago, near Crown Point to visit a cave that became world-famous for its role in a 1920s movie that was filmed by a Canadian film-maker.

Duke taking some time out from campaigning acted in his role as a tour guide to those who were unable to enjoy their island due to Covid-19 restrictions placed on the country. He took the drive along with his viewers to the Robinson Crusoe Cave which he averaged to be about three miles long. Before proceeding, he pointed out, “People just do not respect the culture, they do not respect history.” He added: “Although Robinson Crusoe did exist, the PNM failed to protect these areas of interest and advance them so the world will come to Tobago and say well yes I have been to a historical site!” I have been to a site where a historical movie was filmed. Duke noted that these are the kinds of endeavors that encourage the tourism sector to grow.

During the drive to the cave, the PDP leader also observed that there was also a lack of road signs indicating the direction to the cave. He remarked: “We are blaming the tourism division for not having sufficient signs, we are blaming Tracy, who is responsible for tourism for not being in a position to guide persons interested in visiting the cave.”

Before reaching the cave, Duke acknowledged that he was surprised that the area leading down to the cave was not overgrown with bushes. However, he pointed out to a young lady, who had decided to accompany him down to the cave, that it needed to be cleaned of the garbage since it is a site catered to tourists. He also said that the steps that led to the cave were treacherous and were not fit for persons who might have physical limitations.

According to Duke, work needed to be done on the cave to make it better accessible so more people could enjoy the historical site. He said: “In the next THA elections that will take place in three months thereabout, I am calling upon Tobago to let us fix this. Let us fix Tobago, let us fix our sites, let us make Tobago an attractive place for tourists and not only foreign tourists but our local tourists too. Even those who live on the island.”

Several persons on the live feed agreed with Duke. One commenter named Sherry Kae’nice Brown said: “Tobago has so much to offer yet those in governance fail to capitalize on these places of interest.” She ended with the slogan made famous by the head of the PDP, “#LehWeFixDis.”

Another person, Raj Singh posted: “I went there, I always ask why is this place not developed?”
Robinson Crusoe’s cave was the third site after Courtland Bay and Back Bay, Beach, both of which are in Plymouth that Duke visited in a series that the Political Leader has dubbed, “#LehWeFixDis.”

On a previous Facebook Live which was done in August, Duke pointed out that despite Tobago’s beauty and allure which he considered more attractive than Antigua, Tobago in 2019 only managed 20 thousand international visitors while Antigua captured one million. The head of the PDP attributed this huge contrast to the ruling Peoples National Movement(PNM) indifferent attitude towards tourism.