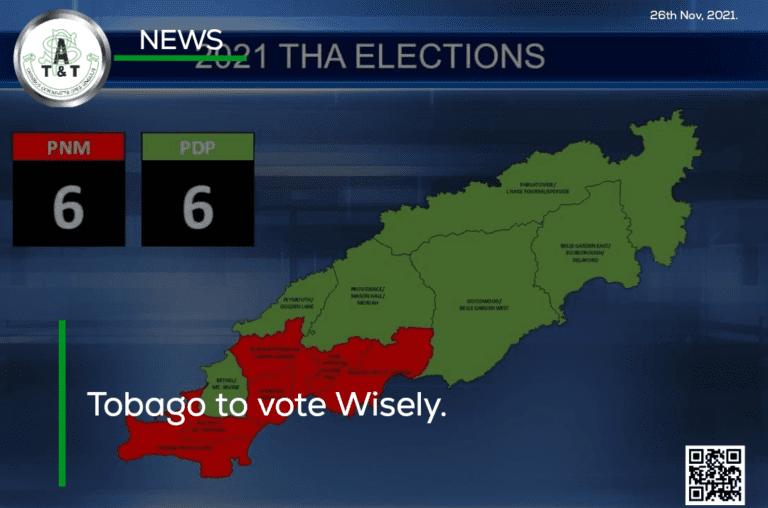 Tobago voters have been warned once again to be careful where they cast their ballots on December 6.

This time they have been asked to take the necessary precaution and vote wisely from the Communications Workers Union(CWU), General Secretary, Clyde Elder who explained the possibility that jobs could be at stake if the government has its way.

This morning, in a Facebook Live video, Elder pointed out that information had reached the union that a restructuring exercise was uncovered at the Telecommunication Services of Trinidad and Tobago(TSTT).

He said that despite the company’s plan to deny and deflect from its intent, the truth came out. “This week the union received information from some of the managers in TSTT that they are receiving letters informing them of their pending termination from the company.”

Elder said that although those managers were not recognized by a union, it seemed as though that was the reason they were attacked. He reasoned with the possibility that TSTT may be setting its eyes on the unionized employees next and lamented that TSTT Chief Executive Officer, Lisa Agard had not leveled with the union.

“I want to maintain and I want to state quite categorically that up to this point in time TSTT has not informed the Communication Workers Union about any retrenchment or restructuring exercise that is taking place as of now. They have not done that. They said it is not happening.” Elder noted that while they gave TSTT’s management, “the benefit of the doubt,” in the beginning, people have been complaining to CWU that things have been happening to them and those previously ununionized employees are now joining CWU to seek representation.

CWU, General Secretary Elder then pointed out that the December 6 Tobago House of Assembly(THA) elections coupled with the government’s 51 percent ownership and 100 percent board room representation since Cable and Wireless is no longer there are two of the main reasons that TSTT management team decided to cover up the restructuring exercise.

Directing his words at Tobago while making it clear that the CWU does not align itself with party politics, he said: “ Beware. The only thing that is keeping back the company’s hand at this point in time is the pending elections for THA that is supposed to take place in the next couple of days.

Elder noted that if the government has its way this time TSTT in Tobago will lose most of its staff.