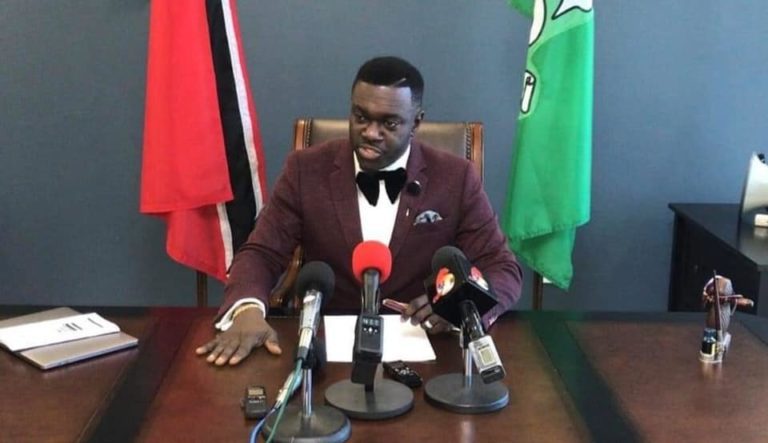 President of the Public Services Association (PSA), Watson Duke, has called on the immediate resignation of WASA’s Head of Employee and Labour Relations, Marielle Hilaire, and Senior Manager of Industrial Relations, Kawal Chun.

Duke, in a press conference earlier today, accused both parties of misconduct in public office. He stated that it was the same misconduct that forced WASA’s newly appointed Executive Director, Lennox Sealy, to resign.

In early February, a WASA employee, Cecil Matthews, was accused of having an associate, a non- WASA employee drive a WASA vehicle while he was seated in the front passenger seat. Following an investigation into the matter, done by Investigative Officer Lancelot Lezama, Matthews was absolved from such accusations.

Duke indicated that Chun, however, had called the investigative officer in an attempt to have the report altered to suit the motive he was hoping to achieve. He said that despite the investigative report stating, “the evidence gathered has favored the accused in this matter. I find the accused absolved of any wrongdoing or liability. I recommend no further action be taken against the accused in this matter,” Chun omitted the findings of the report and suspended Matthews with half pay.

According to Duke, instead of protecting Matthews, Hilaire and Chun violated their job description by going against an investigative report that had already cleared Matthews of what he was accused “This is what we call perverting the course of justice!” said Duke.

Sealy, who was also recorded asking Matthews to tell ‘the truth’ on the matter, resigned the same day that a journalist contacted him with the recording of the interactions. “The day the journalist played the tape for Sealy, is the day Sealy resigned. He recognized that what he did amounted to misconduct in public office!” said Duke.

Duke stated that until Hilaire and Chun are removed from office, no PSA member employed at WASA would be subjected to any investigations or disciplinary process.