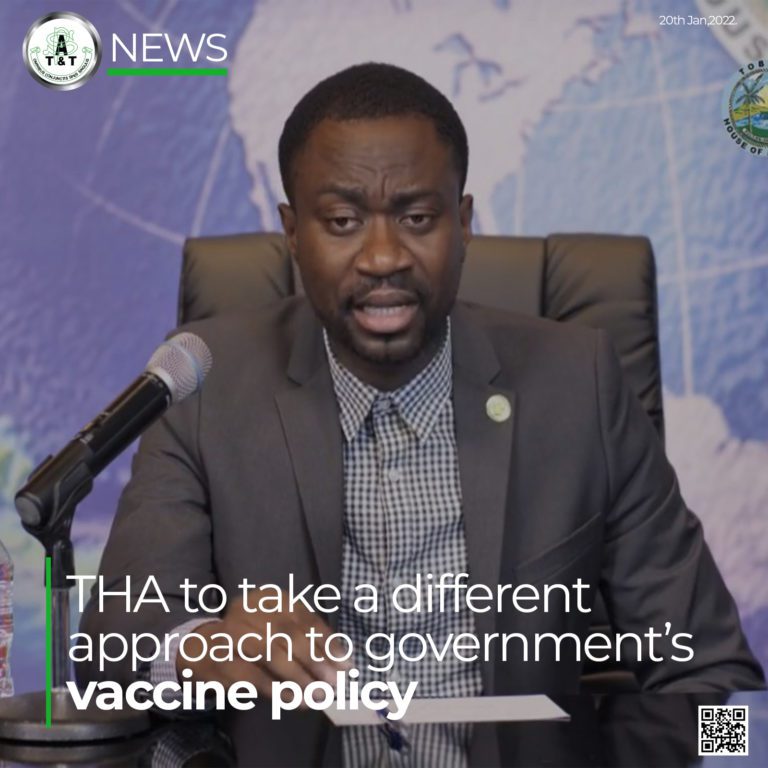 Tobago House of Assembly Chief Secretary Farley Augustine said that with low vaccination rates within the THA, specifically in the Division of Health Wellness and Social Protection as well as the Tobago Regional Health Authority, the executive will be taking a different approach to the government’s public sector vaccine policy.

“We ought to use some different strategies to get people to that place where they are safe. That’s the challenge,” he said during a post-executive media briefing on Wednesday.

The Chief Secretary disclosed vaccination rates within the Tobago House of Assembly. Despite the Tobago Regional Health Authority and the Division of Health is at the forefront of the pandemic, only 35% and 32% of its workers are fully vaccinated respectively. This, he said is troubling.

As such, Mr. Augustine said that if they are to follow through with the government’s vaccine policy, 65% percent of Tobago’s healthcare system will be absent from work, which will have an obviously devastating impact on the island’s healthcare system.

He explained, “I find it troubling when I look at medical professionals and those who provide medical services on the island that the number or percentage of those being vaccinated is well under 50%.  I don’t think that is good enough at all.”

“These kinds of figures that I was seeing when I made the call, that we needed a different strategy than to what the Prime Minister was positioning. It’s evident that if we were to do that within the TRHA we will have more than 60% of the staff having to stay at home….what will happen to the larger healthcare program on the island?” Augustine continued.

In giving a broader picture, the Chief Secretary also disclosed that only 40% of the THA’s employees are fully vaccinated.