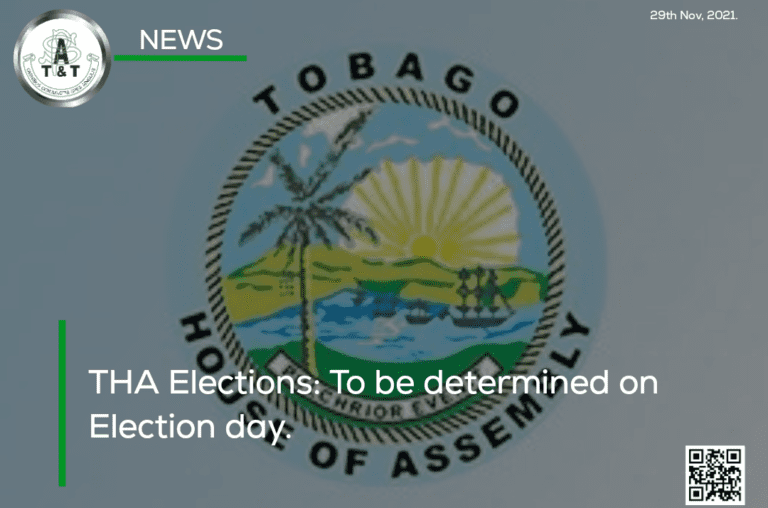 The failure of the Peoples National Movement(PNM) to develop the island, the integrity of the candidates representing the Progressive Democratic Patriots (PDP), the charisma of Deputy political leader Farley Chavez Augustine, and PDP’s focus on the youth were some of the more popular reasons given to PSA media for voters continued support of the PDP party headed by Public Services Association’s President, Watson Duke.

As reflected by a recent survey conducted by the North American Caribbean Teachers Association(NACTA), one man who did not give his name to PSA media stated: “I honestly cannot predict the way it will go knowing the way how Tobagonians vote.” Someone standing with him added: “And there is always a hint of dishonesty at the polling stations on election day.”

Nevertheless, in downtown Scarborough, some predicted a PDP victory with one woman going as far as saying: “PDP 9 and PNM 6.

Someone else noted that she could not see the pendulum swinging so far away from January 25 and thus believed that it would be more like PDP 8 and PNM 7. That woman also noted, “January 25 was the first time I ever voted. The reason being: I always thought that voting was a waste of time because nothing ever changes.” She continued by saying that the PDP’s second in command, Chavez Augustine was the one who changed her mind. “The first time I heard Farley speak that is what attracted me to the PDP.”

However, two others who maintained that they have never voted for the Peoples National Movement gave their reasons, one saying: “When I was of age to vote I had already seen that they weren’t doing what’s best for our island. I was conscious enough to realize that we as Tobagonians deserved better.” He noted that it was time for a change since the PNM had failed miserably with providing even basic amenities on the island.

According to a survey conducted by NACTA ahead of the December 6 elections both the PNM and the PDP are inseparable at the moment and the results will be determined by the party with the more efficient elections day machinery that will be able to bring voters out to the polls.

The survey which was done by NACTA interviewed dozens of voters in each constituency on issues relating to the performance of the PNM and the PDP, approval ratings of Chief Secretary Ancil Dennis, and PDP’s chief secretary-prospect Farley Augustine, and the preferred party in each of the island’s 15 constituencies.

“Based on the trends of the findings, with less than a week to go before voting, neither party has solid leads in eight seats to win control of the house,” NACTA found.

After the January 25 THA elections, the elections and boundaries commission(EBC) increased the seats in Tobago from 12 to 15 to avoid the 6-6 deadlock that saw a looming constitutional challenge when both the PNM and the PDP had difficulties agreeing on a Chief Secretary.