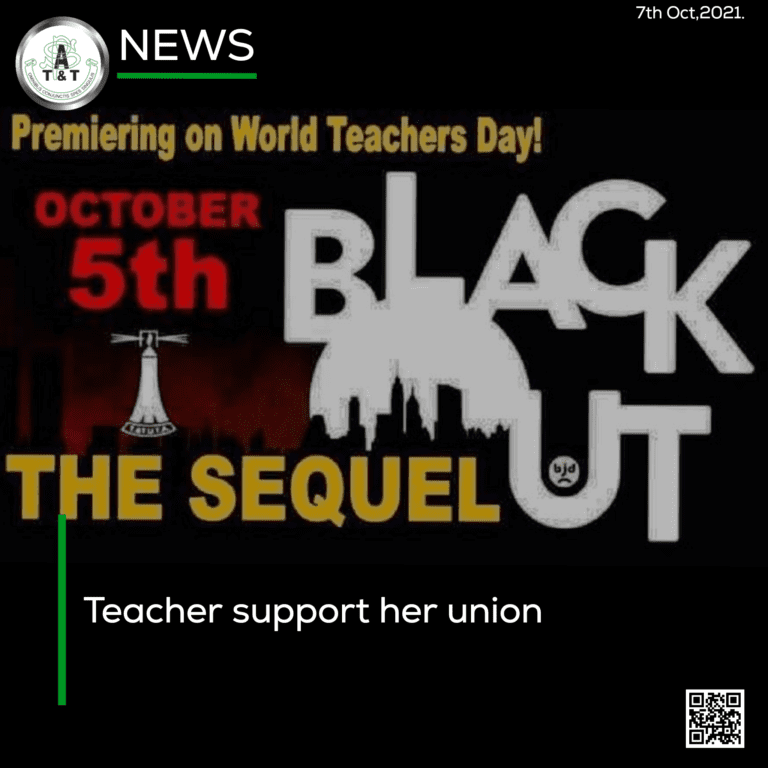 On Tuesday, a second ‘blackout’ was held by teachers and was considered more successful than last week’s first day as greater participation was reported. Trinidad and Tobago Unified Teachers Association (TTUTA) president Antonia Tekah-De Freitas stated that they had 72% support from their members.

In a call with PSA Media, a teacher stated that she fully supported her union as it felt like the only way to see a change was if they stood for themselves and said enough was enough.

“I have been a teacher for 35 years and I have always loved my job, but this is ridiculous for the first time in my life I have had to deny students their education, deny them their right to learn,” she said.

She stated that she took the two ‘blackout’ days to reflect and contemplate on the issues faced by teachers. “There are a lot of problems faced by teachers, right now.” “We have not had a wage increase since 2013, the government considers us unimportant telling us what to do when they want with no consideration to us, we must just say how high when they say to jump,” she said.

She voiced her frustration to PSA Media saying “It was one of the worst feelings I ever had, to enter the classroom and see only a handful of my students knowing the others were home unable to come to class.” Everybody has a choice that is true and whether it was the parents or students who were adamant that they stay unvaccinated I do not know. What I do know is that everyone deserves their right to an education and the fact that the government would encourage children to get the ‘jab’ with something as integral as their education, I can understand why some parents would not allow for their children to be vaccinated.”

Underscored by the president of the union Tekah-De Freitas were several issues affecting teachers such as outstanding incremental arrears, job security and the use of personal resources to organize students’ work.

Tuesday, which was World Teacher’s Day, is normally a celebrated day for teachers, however, this year it turned into a day of contemplation for teachers as well as a day of unity to show that teachers have had enough.

A third date for further action has yet to be chosen.