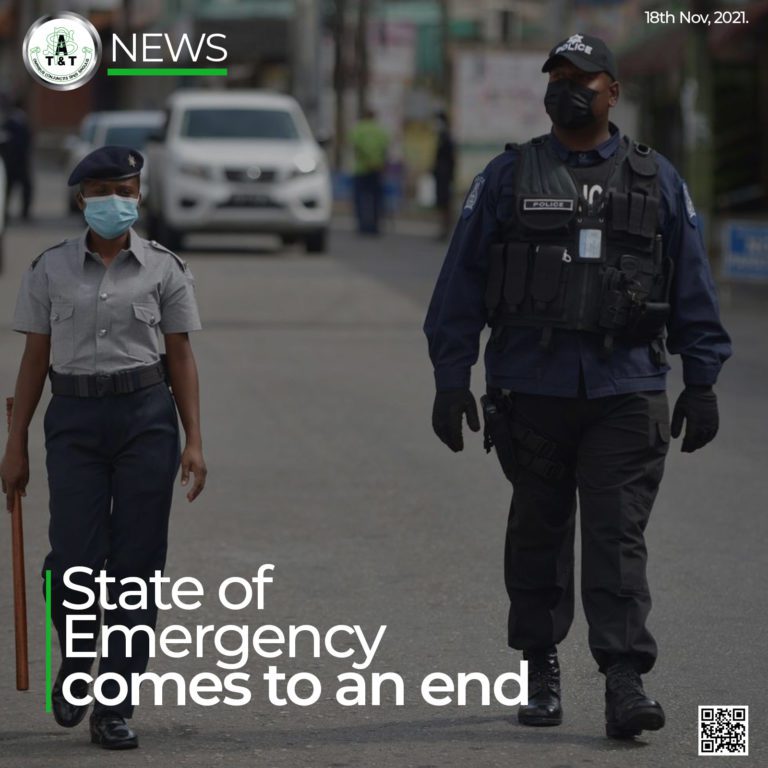 The state of emergency comes to an end from midnight as the motion was moved in the House of Representatives on Wednesday by Prime Minister Dr. Keith Rowley. The removal of the SOE would also see the lifting of the curfew implemented between 10 pm and 5 am.

He defended the government’s decision to end the state of emergency saying that was initially implemented to restrict movement and prevent the spread of COVID-19. The Prime Minister also made it clear that his administration has no intentions of re-imposing another state of emergency as vaccination against the covid-19 virus continues.

Dr. Rowley said, “All we are saying is that we are shifting our focus from lockdown and state of emergency because we now have a larger number of people who are vaccinated…at this point in time, we step forward and take responsibility.”

“It has worked well because we believe our circumstance could have been far worse…and as we go forward now, we look forward to being able to have an economy….we have been opening our economy for months now, step by step. I am not trying to open any economy by ending the emergency today,” he clamored.

Any additional extensions need three-fifth majority votes in the House and Senate for approval. This means Opposition support for the former and for the latter, Opposition and Independent senatorial support.

Section 10 (3) of the Constitution says the proclamation of the SoE can be revoked at any time by a simple majority of the House.

As the vote commenced, 20 government MPs voted for, while the 14 members of the Opposition United National Congress that were present abstained.