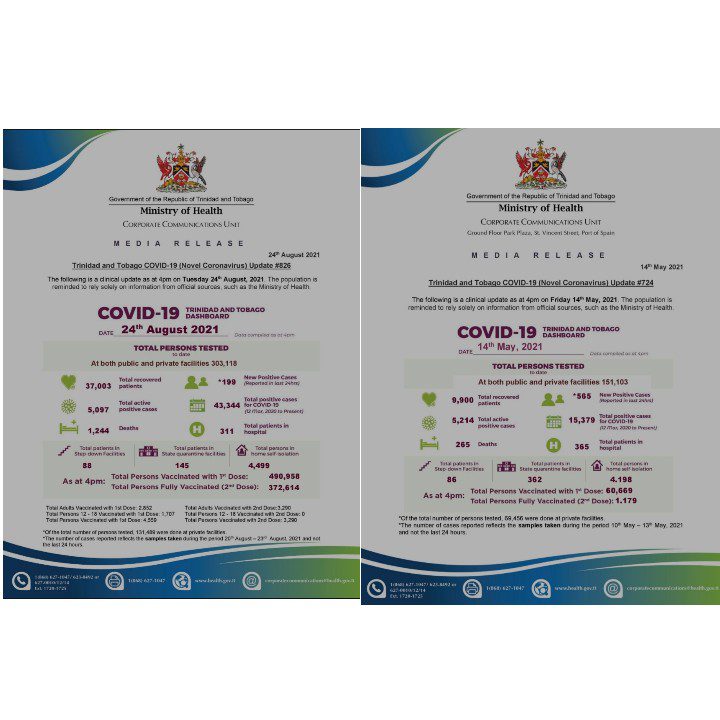 The Public Services Association (PSA) is looking forward to hearing the evidence which may suggest that the State of Emergency (SoE) imposed on citizens, with a curfew between 9 p.m. and 5 a.m. is actually helping curb the spread of Covid-19 infections.

Today, Prime Minister, Dr. Keith Rowley will ask the House of Representatives for a further extension of the SoE and the curfew. He will need a simple majority in order for it to be passed.

When contacted, the Second Vice President of the PSA, Avinash Maharajh stated, “The State of Emergency is really being used as a mechanism for control of the disgruntled population rather than to control the pandemic. An extension of the SoE I believe is aimed at restricting persons’ from actively expressing their discontent with the Government’s mishandling of this pandemic such as its failure with pandemic leave, prolonged lockdown measures, no consultation with the unions on development of a national workplace policy to treat with Covid-19 and vaccinations and most recently the impending threat to parents to vaccinate their minor children, among many other failings. What about igniting the economy by settling long outstanding wage negotiations?”

On May 24, 2021, Dr. Rowley went to Parliament and got an extension for the SoE that is carded to expire on August 29, 2021. Prior to that, the SoE was scheduled to run from May 15 until May 30, 2021. On both occasions, the Prime Minister claimed the curfew was a means to combat the Covid-19 pandemic. Nevertheless, when PSA Media examined the daily Covid-19 updates published by the Ministry of Health the numbers did not reflect any improvements. In fact, it seemed to be the opposite.

On Monday, trade unions stood in unison urging the Government to put an end to the state of emergency. Union leaders noted that they are planning to hold public marches to bring to light social injustice, economic mismanagement and joblessness that are plaguing the society at the present time. The union leaders have put forward the school of thought that this might be the real reason that the Government is seeking to extend the SoE and is viewing the extension as a direct assault on the civil liberties of citizens’ right to protest.