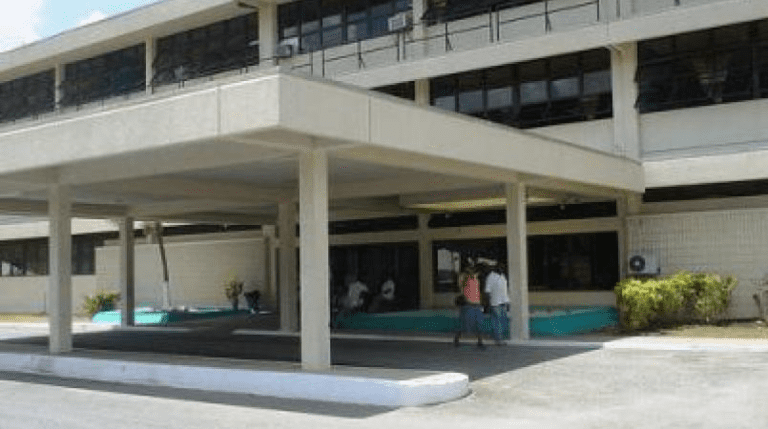 A woman who works at the North West Regional Health Authority(NWRHA) and was given 14 days sick leave because she tested positive for Covid-19 is now wondering why her husband who is also a healthcare worker was given less.

The woman when she spoke to PSA Media asked that her name remain anonymous to protect the identity of herself and her husband. The woman and her husband who are vaccinated said that she was feeling fine, with some mild symptoms, such as back pain and sore throat. She said presently her husband was also complaining of only mild symptoms although he was diagnosed one day before her.

However, she disclosed that she was at home wondering why the national policy on home quarantine for Covid-19 patients was different for regular citizens and between the different regional health authorities than it was for healthcare workers at the North Central Regional Health Authority(NCRHA) since she had gotten 14 days and her husband who works at the Eric Williams Medical Sciences Complex under the NCRHA got only five.

When PSA Media visited the Ministry of Health’s website under the heading discharge criteria-home isolation, it said asymptomatic persons, “Will be discharged after ten(10) days from the date that the swab was taken for the Covid-19 test.” However, it also noted that for symptomatic cases, “Persons will be discharged after a minimum of ten(10)days after they first had symptoms plus three(3) days where they do not show any acute symptoms.”

Previously workers at the South West Regional Health Authority(SWRHA) had complained to PSA Media about a similar problem, stating that even when staff was still showing symptoms of the coronavirus such as coughing they were required to return to work amongst staff and patients.

According to one healthcare worker at the San Fernando General Hospital, that was very unfortunate since persons at the hospital have a high likelihood of being immunocompromised and therefore may have known or unknown comorbidities.

When PSA Media visited the World Health Organisation website for discharging patients from isolation it reflected the guidelines of the Health Ministry which Minister of Health Terrence Deyalsingh has often said Trinidad and Tobago will be guided by.

However, on November 30 last year the Omicron variant was designated as a variant of concern in the United States of America and by mid-December, the Centers for Disease Control and Prevention(CDC) had sent out a media release stating, “With the growing number of COVID-19 cases from the Omicron variant, and consistent with current understanding of the disease trajectory, CDC is releasing updated guidance for isolation and quarantine for healthcare workers, decreasing their isolation time after infection with COVID-19.”

When PSA Media contacted the Public Services Association(PSA) Industrial Relations Officer Ricardo Goolcharan he stated that clearly the two RHA’s that were selected to treat the bulk of the Covid-19 cases were following CDC guidelines and not the health ministry. Nevertheless, he noted that it was very wrong for the RHA’s to do something like that since health workers were humans too and could very easily spread the virus to persons in the hospital. Furthermore, he noted that the threat that the Omicron variant had invoked did not pan out at least in Trinidad and Tobago.

Comparing the surge of positive cases and deaths during the reign of the delta variant and the omicron, the delta was higher. Goolcharan noted that the high number of persons who may have caught the coronavirus already may have built up a kind of herd immunity in the population already. He also pointed out that the number of fully vaccinated citizens which at the moment is 50.2 percent of the population would also contribute to the low death rate.