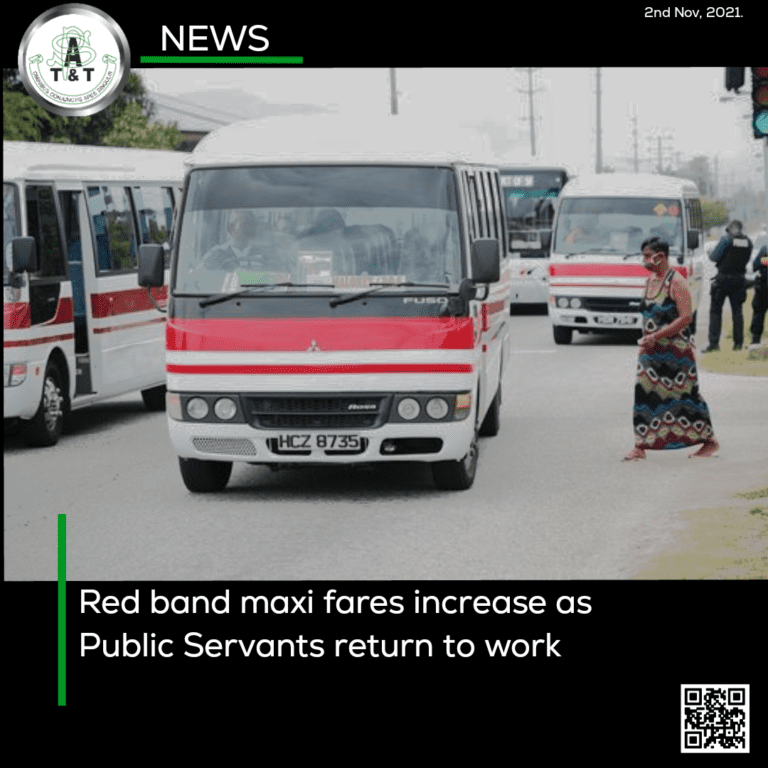 In addition to high food prices increases in goods due to port disruptions and loss of jobs due to the COVID-19 pandemic route, 2 maxi taxi fares have increased.

More commonly known as the bus route thousands of citizens utilized this Maxi taxi service on a daily basis…. So why an increase moving the impact of COVID-19 on…well everyone?

PSA media Spoke with the president of the route 2 maxi taxi association Linus Phillip On Monday who explained that the decision came following extended periods of operating at 50% sometimes 75% capacity as well as the continued increase of parts which he said are mostly imported.

Aside from this Mr. Phillips said maxi taxi drivers and owners are still burdened with loan commitments and other payments, which if not paid due to restrictions, will hamper operations.

When asked if the livelihoods of citizens and those unemployed due to the pandemic will consider when making the decision Mr. Phillip said,  “We too are in the same predicament. If we keep down the fares, we cant run; so then what might happen is that we might keep down the fare and we might be out of service because we are unable to operate.”

Port of Spain to any part of Arima will now cost $10, as well as Arima to Port of Spain, and the $2 increase applies from any recognised boundary to another in terms of maxi-taxi routes. The fare increase was initially for October 11 but was postponed.

And coincidently enough,  this took effect on the same day that all public servants were given the green light to return to work. This may have contributed to an increase in commuters because usually, according to Phillip, when fares increase, maxi taxi drivers tend to see a slow in travelers for the first two weeks or so. Mr. Phillips said this was not the case this time around. “I think we had announced this long enough and early enough and people were able to readjust and prepare for it,” Phillip added.