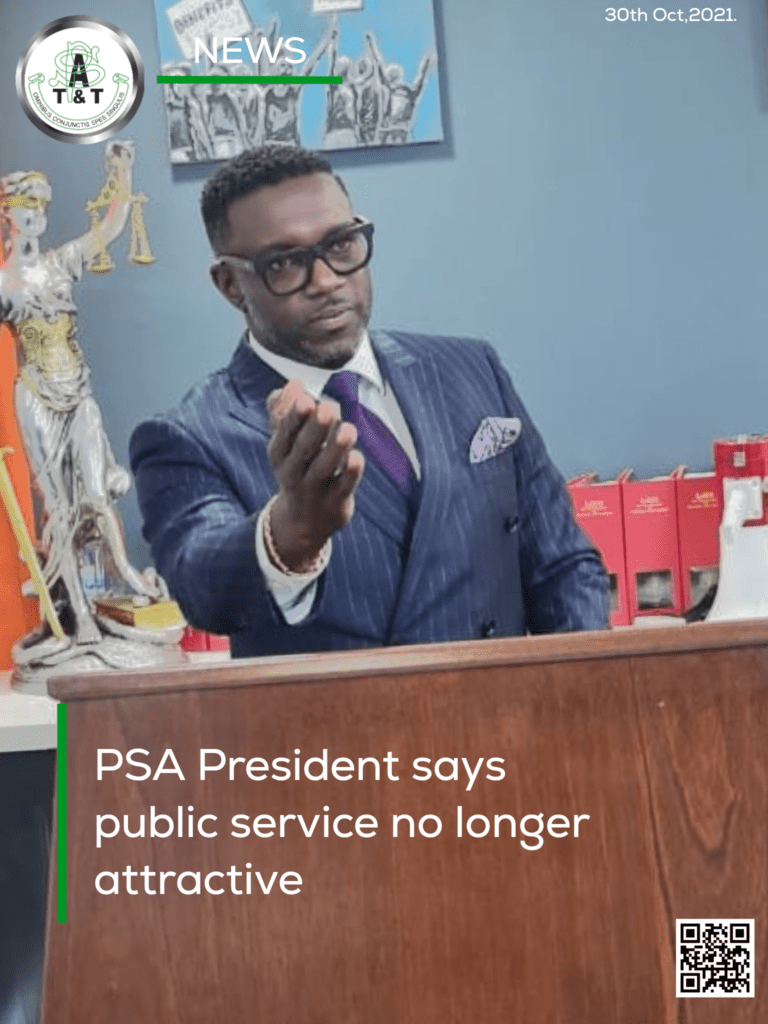 President of the Public service association and Progressive Democratic Patriots Political Leader Watson Duke stands by his statement that Finance Minister Colm Imbert’s move to advise the Chief Personnel Officer to engage in wage negotiations is nothing more than a strategic move as the Tobago House Assembly election approaches.

During an interview on Brighter Morning with Bhoe on Friday, Mr. Duke said minister Imbert should Consider market rates.

Duke explained that a job has a particular value that should never be erased otherwise the job will be devaluated.

Duke added, “The basic maintenance of one standard of living or real value for wages ought to be set based on the job you are doing, not based on the economy.”

Reading his budget Presentation on October 4th for the fiscal year 2021/2022, Finance Minister Colm Imbert announced that he instructed the CPO to start outstanding wage negotiations with the relevant unions. One year after he made it clear, in Parliament, that government would not be meeting public-sector trade unions around the bargaining table due to the state of the economy.

And so Duke explained, “The CPO ought to look at the trends of society and say look, these workers, to maintain a basic standard of living, should be earning this; and that’s why the public service is no longer an attractive place, that’s why productivity is at an all-time low.”

It is with this, he stated that people feel locked into a cycle being dictated by the government as according to him, the government is using the CPO to steal the minds of public servants while labeling the CPO as a puppet.

Noting that the public life of a civil servant must not be diminished, Duke called for true and genuine effort in order for government, businesses, and labour to solve the problem. He added that the PSA believes they should be in the board rooms and in parliament legislating laws that would bring about more social justice for the working class who are in dire need.
And with the Tobago House of Assembly election carded for December 6th, Duke said he sees politics as a subset of labour. Therefore, he wishes to improve the life of workers in Trinidad and Tobago by way of politics.