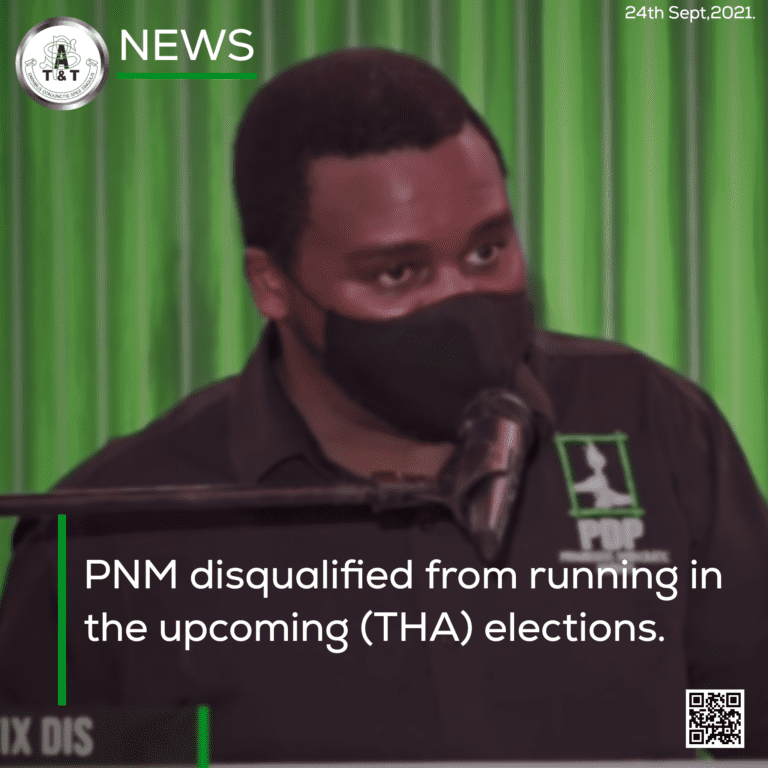 Chairman of the PDP, Dr. Sean Nedd, boldly stated that the PNM was disqualified from running in the upcoming Tobago House of Assembly (THA) elections in the virtual campaign meeting that was held live on Facebook. Dr. Nedd said, “ If you are leading in Trinidad and Tobago what is the main thing that you must make sure of? That democracy is kept proper.”

He stated that two aspects of democracy have been violated the first being the moral responsibility for choices and decisions about government policy saying, “These are unfinished, mismanaged, unmaintained and unjustified basically everything going on in Tobago currently.”

The examples given were the drainage project in Mount Irvine that is incompleted and Manta Lodge which is unmaintained according to Dr. Nedd who stated that the government was wasting time and tax payer’s dollars which must stop.

“We got assurances but nothing has panned out,” said Dr. Nedd. The other point he brought up about democracy was political equality. He stated that they were in a 6/6 deadlock currently and that no attempt has been made to resolve the deadlock making the behavior of the PNM undemocratic.

“We are completely ready for the THA elections,” said Dr.Nedd “We are fully engaged in campaigning and committed to meeting all persons.”

Chairman Sean Nedd went on to state that there were five ‘disses’ that have been going on those ‘disses’ being: disenchantment, disfunction, dissatisfaction, dissonance, and disrespect and that the people of Tobago deserved what the PDP is offering which is; discipline, discovery, and distinguishment.

“This party is resilient, we have shown leadership in various regards,” stated Dr.Nedd.

The next meeting will be held next week Wednesday on Watson Duke’s Facebook Page live.