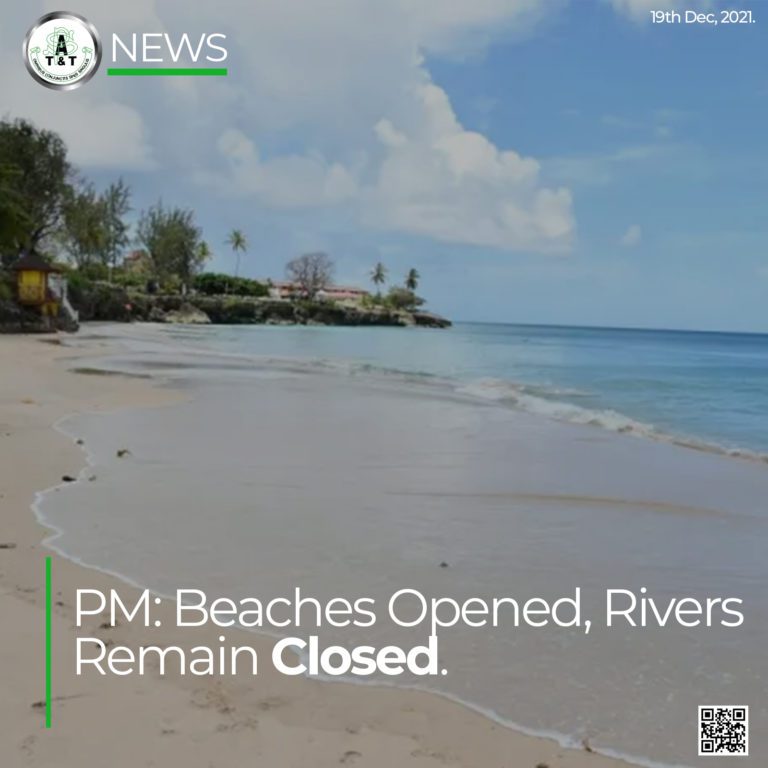 After about eight months of ordering beaches closed and lifeguards temporarily off duty, Prime Minister Dr. Keith Rowley has kept his promise to give some relief to the public before Christmas.

At yesterday’s media conference at the Diplomatic Centre in St. Ann’s, Dr. Rowley announced a small removal of restrictions that prevented beaches from being accessed by the public. But he noted that the relaxation did not apply to rivers.

As of Monday, beaches will be opened between the hours of 5am and 12 noon. However, the Prime Minister advised that irresponsible behaviour could easily see the government deciding to close the beaches once again.

“We did say a while back that we will consider the therapeutic nature of beach visits. I want to keep that promise to you and I know it is mainly the elderly people who tend to get up early in the morning and have that dip in the sea,” he said.

He continued: “We will allow access to waterfronts, and we will do it from 5 am to 12 noon and it will be done without the presence of alcohol. There is to be no consumption of alcohol on public beaches during this period, there is to be no loud music and there is to be no partying. It is a place for peace, quiet, and therapy.”

Cautioning someone in the audience who thought he might have said midnight, Rowley reiterated, “No, it is 12 noon.”

He went on to warn persons who are not in the water to wear their face masks and social distance and noted, “If this works well, we will then expand the periods and then we will get to a point where the beach environment will become another normal environment.” He noted that the obligation will be on citizens to be responsible and discipline if they wanted the restrictions completely removed.

“If it turns out that everybody rushes to the beach, we will just have to stop it because that was our fear all along, that the beach by nature of what goes on there was an encourager of gathering.

“That is why we have allowed it in the morning because we don’t expect to get the same kind of response and congregation and party perfects in the morning hours.”

Beaches were ordered closed in April of this year after the government removed restrictions on October 26, 2020. At that time the country had recorded 70 and 85 new cases of Covid-19 infections on back-to-back days and the health ministry stated that they were prompted to act before the spread escalated. Health Minister, Terrence Deyalsingh in a media conference informed that during the Easter weekend 50,000 persons had moved between Trinidad and Tobago, and the government’s action to close beaches was intended to reduce instances of people congregating in places where they can take off their mask.