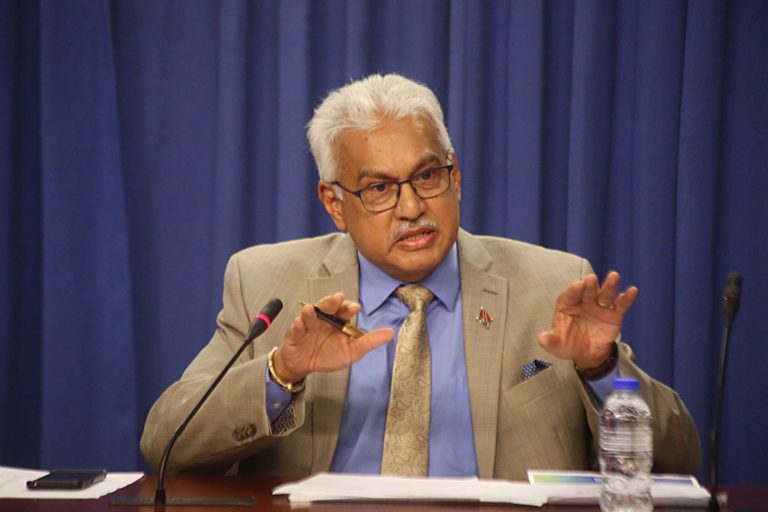 Two categories of workers will now have the option to access the Pfizer vaccine that was previously available only to students between 12 and 18 years old.

The decision to do so was made, because the two dose vaccine that is supposed to be given three to four weeks apart will expire in November.

Health Minister, Terrence Deyalsingh made the announcement at the press conference hosted by Prime Minister, Dr. Keith Rowley on Saturday.

At the press conference, he said: “We are now going to open it up to all health care workers, to give them another option and to teachers. See how that goes before we open it up to the general public.”

However, the Health Minister cautioned parents, “Get your children 12 to 18 vaccinated. Do not delay, because these doses cannot last forever, because they have an expiry date of November and because it’s a two dose regime we have to finish off half of that by mid to late October for the latest.” Deyalsingh noted that students remain the main priority for this vaccine though.

As of August 25, pregnant women were also allowed to utilise the Pfizer vaccine once they had been cleared to do so by their antenatal care provider. Minister Deyalsingh noted, as to date, 86 women had taken up the offer. He also informed pregnant women who are using private facilities that they can access the vaccine at mass vaccination sites.

Unlike the Johnson and Johnson one shot dosage, and the Sinopharm that has a longer timeframe to use and will expire in 2023, the 305,370 doses of the Pfizer vaccine that was gifted to the Health Ministry by the United States Government has a relatively short expiration period.

Deyalsingh indicated that the unused Pfizer vaccines will have to be dumped.