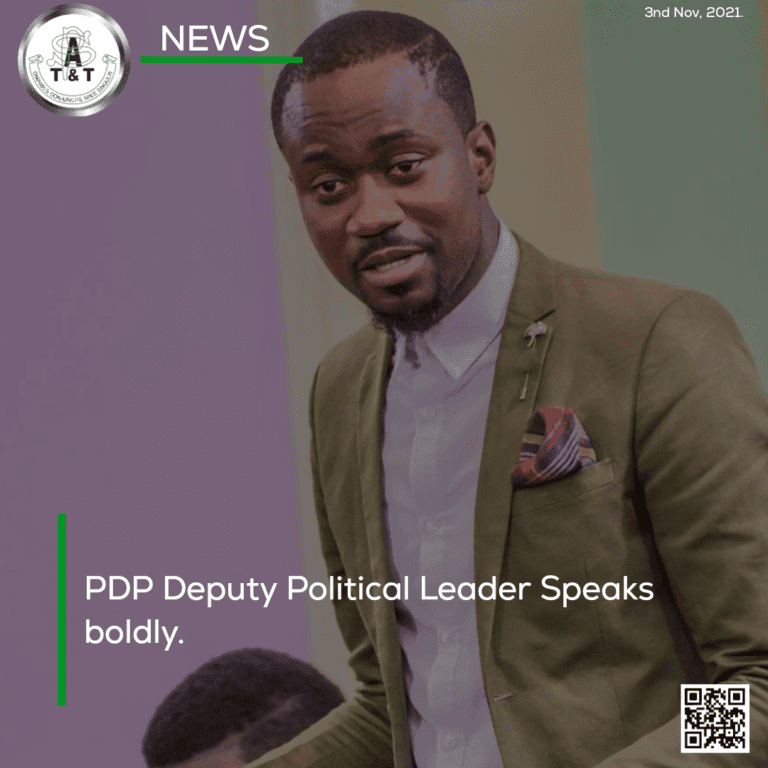 Deputy political leader of the Progressive Democratic Patriots(PDP), Farley Augustine is confident that Tobagonians have matured past the petty politics that is consistent with the PDP’s political opponent in the upcoming December 6 elections.

In an interview with Morning Edition’s host Fazeer Mohammed this morning, the PDP’s second in command said that there are bigger issues in Tobago than discussing the personality of the PDP’s leader, Watson Duke. He described the Peoples National Movement’s(PNM) tactic of dirtying Duke’s name as, “The usual electioneering politiking and not really about finding substantive answers to Tobago’s problems.”

However, in answering a question posed to him by the host surrounding an audit report that was done on the Public Services Association(PSA) by an independent accounting firm, Augustine cautioned the host that he must be aware of the amount of hatred that Duke’s political opponents have for him.

“That audit report was ordered by the court last year. In fact, that was ordered since January last year. That report was ordered in order for PSA to have its election that had happened last year towards the last quarter. Therefore, I am making the point of knowing how much they hate Mr. Duke, don’t you think if that auditing report actually flagged real examples of Mr. Duke himself in wrongdoing. You do not think knowing how much they hate him and want to get rid of him that they would not have already done so through the justice system because they would have now had evidence?” He asked: “Why wait until now to begin talking about it?”

He went on to show the hypocrisy in the allegations against Duke and pointed out that there was real substantive mismanagement of funds under a present PNM government in Tobago where millions of dollars were unaccounted for according to an auditor general’s report.

On October 26, PSA’s second vice-president, Felicia Thomas issued a bulletin entitled: “Shameless politiking.” In the article, she questioned the timing of the article which was weeks before the THA elections. She noted that the PSA rejected the innuendoes in the article and was standing by the PSA President Watson Duke.

On the program, Augustine described himself as a man on a mission and has only the people of Tobago to answer to since he wanted to build a transparent government when the PDP wins the upcoming elections. He pointed out that the PDP is not a cult where persons are afraid to speak to the leader and noted an occasion when he called out his leader for his inappropriate words against a young lady and never retracted his statements. The PDP’s second in command noted: “This same Farley still is the leader of the PDP and still enjoys the support of Mr. Duke.”

He reasoned that Duke’s ability to shoulder criticism showed the real leadership qualities that others should observe and contrasted Duke’s character to Tracy Davidson-Celestine of the PNM, he said: “I dare anyone in the PNM to criticise Mrs. Davidson-Celestine publicly. I dare anyone of them to call her out on her misgivings on things she has said in the past and do it publicly. And see if she does not buss their throat right there and then. But guess what you clearly see a difference in political culture because we at the PDP have a political leader who is man enough to accept criticism from even his own team members.”

Concerning a pre-action protocol letter that was given to him by the head of the political leader of the PNM Tobago council, Tracy Davidson-Celestine, over statements he made on a zip-line project that according to the host was a big discussion leading up to the January 2020 elections.  Augustine noted that he considered the letter as rubbish and noted that he had been served the letter soon after the last THA elections but has not responded. He however said that he knew why the pre-action protocol letters were given to him but the intent would not work.

“If you send me a pre-action protocol letter immediately post THA elections, you wait until the new elections is called to go to court. You know why? Because you are hoping that in going to court it would stop me from discussing the matter on the zip-line on the political platform because it is a court matter and I cannot discuss it.”

Nevertheless, Augustine noted: “What Mrs. Davidson-Celestine does not recognise is that there are so many grave infractions that happened under the PNM under the last 21 years that I do not need to talk about the zip-line.”