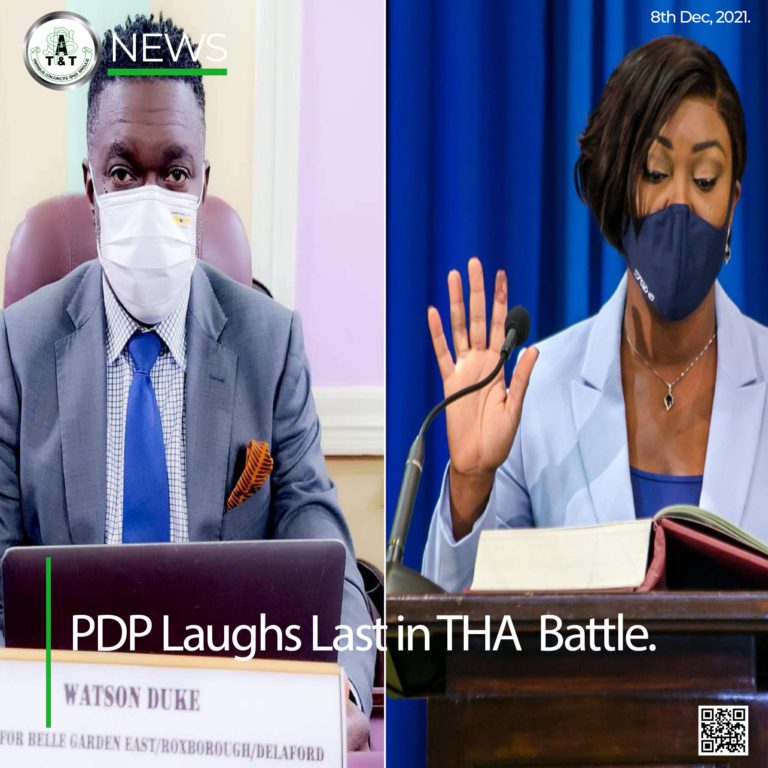 In an electoral contest that had been billed the mother of all Tobago House of Assembly(THA) elections by Prime Minister, Dr. Keith Rowley before the first ballot was cast, but had ended with the political leader of the winning party, during his victory speech commenting: “I want to tell the Prime Minister, I was expecting a little more competition from him. I was expecting a little more fight.”

The Progressive Democratic Patriots(PDP) political leader was referring to the starkly contrasting scenes on the night that had been obvious long before the final votes had been tallied, and social media had already sensed that the electoral bout had ended the moment it began.

Long before the final results were in, memes with “Empty seats” and “Nobody lives here,” videos began circulating. The first, an observation of the empty chairs at the PNM camp that would have been celebrations if the incumbent had stood a chance and the second a rebuke to Member of Parliament(MP), Shamfa Cudjoe, “Nobody Lives here” logic that had gone viral when she responded in parliament to United National Congress(UNC) MP, Saddam Hosein’s claims that the Elections and Boundaries Commission(EBC) had created seats in areas that already had seats and left out large areas that did not have any seats. According to Cudjoe, the three seats that were created by the EBC to break the six-six January 25 deadlock were all created in the more populous areas in Tobago West.

However, on the street of Roxborough which is in Tobago East and won by the Progressive Democratic Patriot’s leader, Watson Duke, scenes of jubilation and celebrations were in full view under the observation of the Trinidad and Tobago Police Service.

“Once we are sworn in by Thursday, we will now do the technical work. We will try to convert the mandate into a policy document, but you must know exactly what we are doing.” Duke said.

He continued by saying: “I have fought long and hard to create a party that belongs to the grassroots. You must understand what it is to be in power because when we are in power, you are in power. We will set out to create a policy document that will put an end to unemployment, that we protect salaries, we ensure that single parents are taken care of. Persons in agriculture and fisheries are properly looked after. All these areas must be looked after.” During the speech, he asked Tobagonians to never ease up on the PDP for the promises made during the campaign since they had made a contract with the people and had an obligation to honour.

Under the backdrop of a song with the lyrics, “Vote out PNM, Pharoah and his men,” Duke ended his speech and intermingled with PDP supporters and eventually met and embraced the soon to be THA Chief Secretary, Farley Augustine, who had also won his seat in Parlatuvier/L’anse Fourmi/Speyside.

On the other hand, that mood was the opposite of the PNM camp when the Political Leader of the Tobago PNM council, Tracy Davidson-Celestine conceded defeat. Speaking mainly to the media and a sprinkling of supporters who had came, Tracy Davidson-Celestine was accompanied at the conference by her husband Wesley Celestine, Chief Secretary Ancil Dennis, and PRO Kwesi Des Vignes. She congratulated the PDP and their leadership on the victory and wished them all the best in their upcoming term of office. She said it was an opportunity for the Tobago PNM council to regroup and have some introspection, but assured that the PNM had not left Tobago.