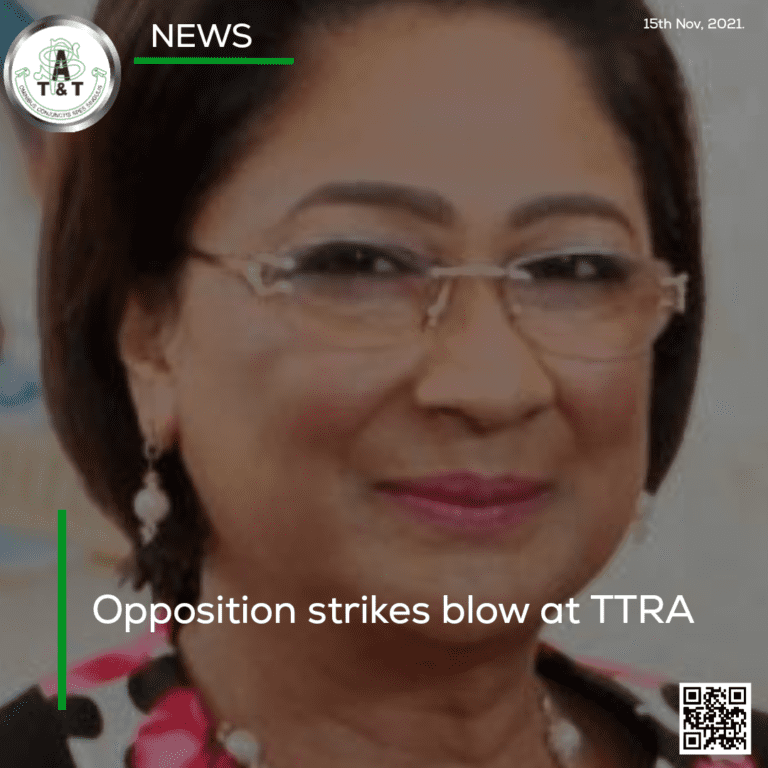 Debate on the Trinidad and Tobago Revenue Authority (TTRA) Bill collapsed after the Government was presented with facts.

That was the view posted on the Facebook page of the Opposition Leader, Kamla Persad Bissessar after the Government suddenly ended the debate in the middle of San Fernando East Member of Parliament (MP), Brian Manning’s contribution on Friday.

However, before the debate ended both Kamla Persad-Bissessar and Barataria/San Juan MP, Saddam Hosein was able to make their arguments on behalf of the Opposition.

At the start of her presentation, the Opposition Leader noted the unconstitutionality of the Revenue Authority Bill, she said, “What the Bill before us seeks to do is to provide for a most unconstitutional, fundamental change in our governance arrangements without the necessary protection and safeguards and the requisite special majority votes.”

Calling the Bill, “Imbert’s Revenue Authority,” Persad-Bissessar warned that the bill sought to put Trojan horses into the TTRA. She said, “All these people can be hired and fired by a nine-man hand-picked Minister’s board.” According to Persad-Bissessar, those persons working for the TTRA have no security of tenure. “Dismissal with pleasure, none of that protection you would have with a service commission,” she noted.

She went on to highlight that those employees working for the TTRA would be more than likely working on contract and said, “It is a very frightening situation for workers in this new Revenue Authority.” She pointed out that because of that contractual arrangement those employees could be used as the private army of the ruling political party since they will be at the behest of the Board who will have the authority to hire and fire them.

According to the Opposition Leader, the position taken by her party is that the resources that the Government plans to use to create the TTRA should be given to the existing Board of Inland Revenue (BIR) and Customs and Excise since the government has identified that human resources and staffing were one of the main inefficiencies at those bodies.

Relaying on his leader’s position that the TTRA was “A dagger in the heart of the constitution,” MP Saddam Hosein said that the bill breached persons’ privacy rights, as well as property rights, and yet, was being passed by a simple majority.

During MP Hosein’s contribution to the debate, Attorney General (AG) Faris Al-Rawi interrupted several times but was overruled by the House Speaker, Bridgette Annisette-George who allowed Hosein to continue. After Hosein ended his presentation. MP Brian Manning spoke before the debate was halted by the Government who asked that it be adjourned.