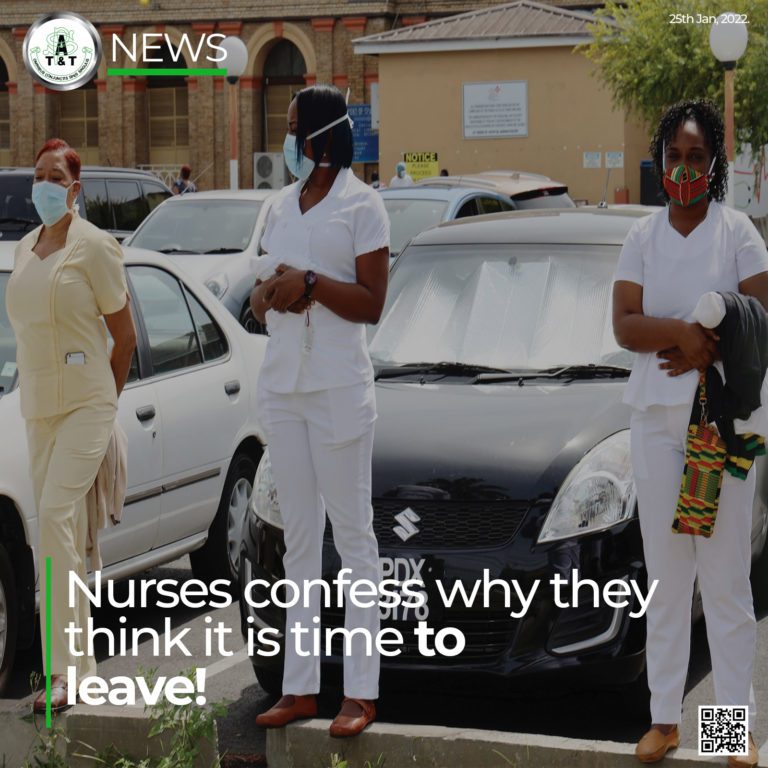 Two nurses who intend to leave these shores by the end of 2022 and pursue their profession in the United States of America said that they would have preferred to continue working in Trinidad and Tobago if the conditions were better.

The nurses in speaking to PSA Media under conditions of strict anonymity gave some reasons that they believed that they needed to leave. One 39-year-old male nurse who has worked with the North Central Regional Health Authority(NCRHA) for the past 14 years gave some reasons that he thought leaving  Trinidad and Tobago was a good idea: “Poor management, lack of incentive, poor working conditions, including a lack of tools, medication, and equipment.” He continued by saying that what he wanted to achieve, “Was better working conditions, a better remuneration package, and growth in the profession.”

Another nurse who also gave her age as 39 years told PSA Media that she worked with the North West Regional Health Authority(NWRHA) and was in the process of finalising to leave for the USA. She listed what motivated her to do so.

“Staff shortage, limited and poorly functioning equipment. Uncaring and inconsiderate superiors and managers, poor remuneration and failure to continuously educate staff.” She added, “And nothing has been done to adequately rectify any of the circumstances by management or the government.” She went on to say that she wanted to enhance her professional and academic knowledge and believed Trinidad and Tobago was not able to do that for her. “I need a better salary which will enable me to properly care for my family and provide my children and myself with greater opportunities.”

Both nurses are permanently employed and said that they learned their trade from the ministry of health school of nursing programme and also noted that they heard about the opportunities overseas from social media and co-workers.

However, when asked why they had decided to become nurses the male nurse said that he simply saw it as a job opportunity at the time and the female nurse noted that she had always been a caring individual who enjoyed taking care of others.

When PSA Media reached out to a nurse who had left Trinidad and Tobago more than a decade ago and went to the United Kingdom and then to the USA to ply her trade she agreed that the pay in larger countries and the working conditions were much better than what she experienced in Trinidad and Tobago. However, she noted that in the USA for example all states are not the same. She said, “In California, for example, I was paid well but in Florida where I am currently I am paid an equivalent to what I was getting in Trinidad years ago.” She noted that in more developed countries especially in places like Scotland, “You had to get up and work and the Trini lackadaisical culture would not be tolerated.”

PSA Media also contacted the Principal of the College of Science, Technology and Applied Arts of Trinidad and Tobago(COSTAATT), Dr. Gillian Paul. She said that from her interaction with students who were pursuing nursing most had a desire and love for helping others. She also noted that the training in Trinidad and Tobago was excellent and was one of the reasons that recruitment agencies were actively looking for nurses in the country. Dr. Paul also provided figures of the number of nurses that had graduated from the nursing programme at the COSTAATT institution between 2016 to 2020. She gave figures for the associate programme(basic general nursing) four, six, six, eleven, and nine respectively.