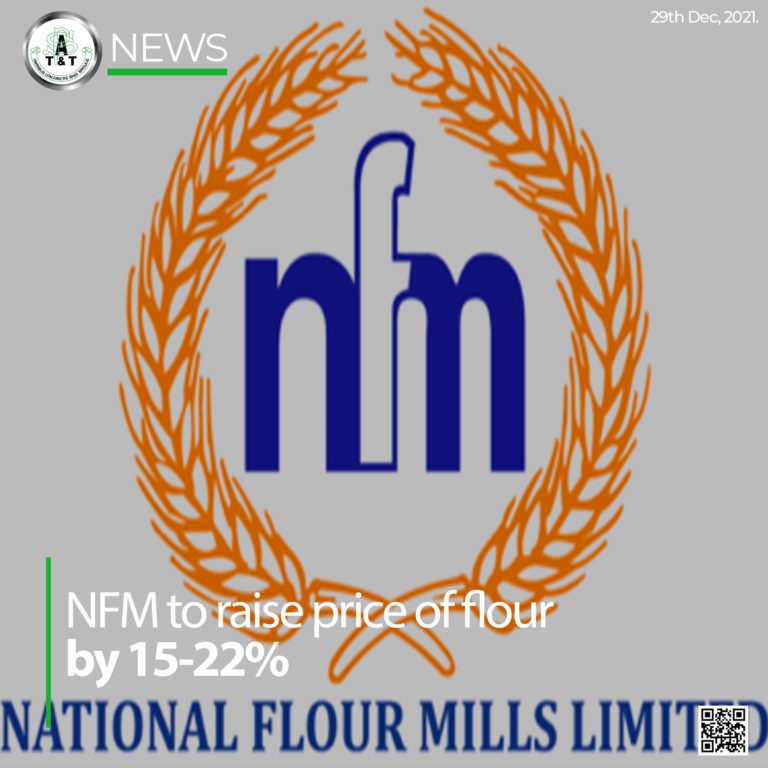 Trinidad and Tobago is once again to see another rise in food products as National Flour Mills (NFM) in a media release on Wednesday stated that the company could no longer maintain prices in the face of rising international price increases.

The decision to increase the price of wholesale flour by between 15% and 22% and an increase of 19% on the retail price for consumers came after several internal initiatives to improve operating efficiency and reduce processing costs in an attempt to contain expenditure and maintain the price of flour.

NFM chairman Nigel Romano in the release stated “ It’s an unfortunate analogy, especially given the realities of climate change, but we have been confronted by the perfect storm, 2020 witnessed the lowest wheat yields since 2007, and the supply chain disruptions caused by the pandemic have increased freight costs significantly, further impacting the landed costs of all grain and other material inputs.NFM is a price taker. We have no control over the landed costs of our imported raw materials which now account for 64%  of our production costs.”

The release stated that the price of Spring Wheat moved from as low as USD5.00 per bushel in 2020, to as high as USD10.91 per bushel this year, additionally, the cost of freight has increased more than 110%.

Furthermore adverse weather conditions have affected crop yields, supply chain issues have increased the cost of agricultural inputs like fertilizers, and the overall impact of Covid-19 has caused shipping costs to skyrocket.

The release continued on saying that during the past 18 months, NFM sought to offset the increasing external costs by focussing on productivity measures to optimize the levels of efficiency throughout its operations.

Some of those measures ultimately resulted in the company being able to reduce indirect manufacturing cost per ton by 4% despite a reduction in work hours necessitated by the Covid-19 pandemic curfew.

“This was by no means an easy decision, as we did everything within our control to try to hold our prices; but with the staggering increases in raw material and shipping costs, we were left with no choice but to make the adjustment. We are acutely aware of the knock-on effect that an increase in the price of flour could have in the market, but we cannot sell a product for less than it costs to produce.” said NFM CEO Ian Mitchell.

The price increase will take effect on January 3, 2022.