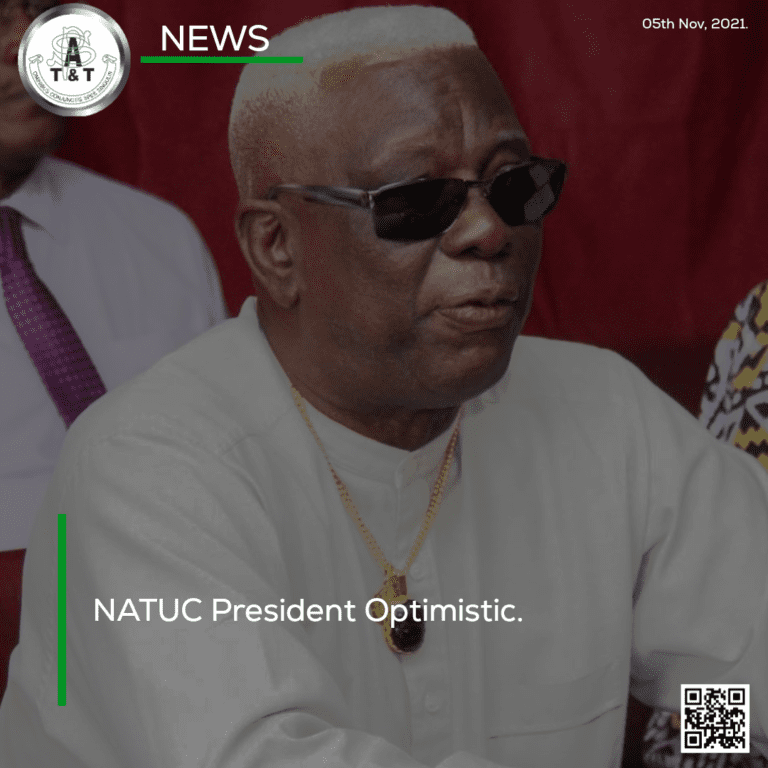 Coming out from the 10 Quadrennial convention of delegates that was held virtually by the National Trade Union Centre(NATUC) on October 30, freshly elected president James Lambert indicated that he remained optimistic that salary negotiations for public sector workers will be initiated by the Chief Personnel Officer(CPO) as early as next year.

Speaking to PSA media on some of the discussions that the delegates held at the convention, Lambert who has been president of NATUC before indicated that salary negotiations for public sector workers was one of the main items up for discussions.

He declared that NATUC had met with the finance minister, Colm Imbert prior to the budget presentation on October 5, and there were some promises made. He remarked: “Based on the pronouncements that had been made and the previous letters we had sent to the government and the employer who is the Chief Personnel Officer(CPO), I am expecting that by the month of January, 2022 we should have a date for commencement.”

However, Lambert noted that while he is willing to work with the government as that is his mantra, he is aware of the drawbacks that the government as an employer poses to the negotiation process. He said: “The main difficulty that has been encountered is lack of communications with the various agents of government. In light of that we did not feel we were given justice on behalf of workers who we represent.” He maintained that the private sector employers have always given a better response to wage negotiations even during the Covid-19 pandemic. He however lamented that the public sector is where most of NATUC’s membership are based and insisted that the government formulate a production policy where one of the points would be a date or year where salary negotiations must be initiated. According to the NATUC President this would aid in the productivity of workers.

PSA media also spoke to incumbent NATUC General Secretary, Michael Annisette who indicated that among other things the transformation of the trade union movement in Trinidad and Tobago was discussed. He stated that one of the things that needed to take place was the updating of NATUC’s constitution which he said needed to reflect modern times. He explained: “The constitution never thought about a pandemic, the constitution does not take into consideration the changing world of work or digitisation, the constitution does not talk about workers who are on contract.” Annisette also urged trade unionist to think larger than collective agreements and said that trade unions needed to think about business plans and assured in that way they will remain independent and do not have to rely solely on membership dues.

At the convention which was themed: “Building resilence and empowering workers in these challenging times,” there was a mix of old and new faces that had been elected by consensus.

The complete list are as follows: President, James Lambert