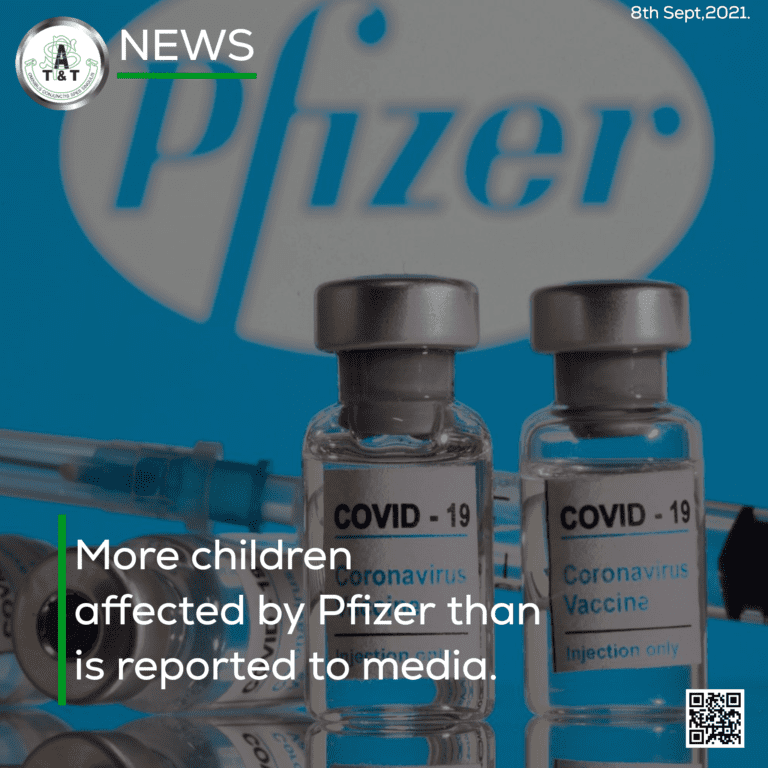 There are more children affected by the side effects coming from the Pfizer vaccine than is being reported presently.

That is the position being advocated by the Concerned Parents Movement. In a telephone interview with PSA media today, the Public Relations Officer, Shamila Raheem said they are getting the calls from parents.

She said, “There are several parents having problems with their kids after taking the vaccine. We have one on one calls coming to us. One child’s face on the right-hand side is paralyzed. There are children, who continue to have vomiting, diarrhea, rash, and other breakouts, chest pains ever so often.”

However, Mrs. Raheem indicated that parents have different reasons for not coming forward, she said: “They have been given money and told not to go to the media.” Some, she said are afraid of the backlash from the population, who may accuse them of being irresponsible parents.

The PRO for the Concerned Parents Movement said that her Movement has also reached out to the Education Ministry and the Health Ministry to appear on their program on a Saturday to educate parents on the vaccine but to date, it has not happened. According to Mrs. Raheem, although they are against an experimental vaccine being given to children they believe parents must hear both sides and thus be able to make a more informed decision.

One of the reasons she gave for the health ministry’s reluctance to appear on their program was because the authorities had a lot to hide. She said: “They know when they come on that platform there are persons with their facts and who have their data and have their information on the side-effects. They know we are not in support of this so obviously we will have persons on the platform, like how we had Dr. Paul Alexander, who outlined all the things that can happen.” She continued: “ We were hoping to have someone, who was pro-vaccine just to give a balance.”

Mrs. Raheem said it seems that the health ministry is more concerned with the vaccination roll-out and having the number of vaccinated persons increased than in the actual individuals and how this vaccine can affect each person differently.

Prime Minister, Dr. Keith Rowley has said that if there was no change in the Covid-19 numbers, then only fully vaccinated students in forms four, five, and six would be given the option to return to face-to-face classes on October 1. Unvaccinated students would therefore continue their classes online.