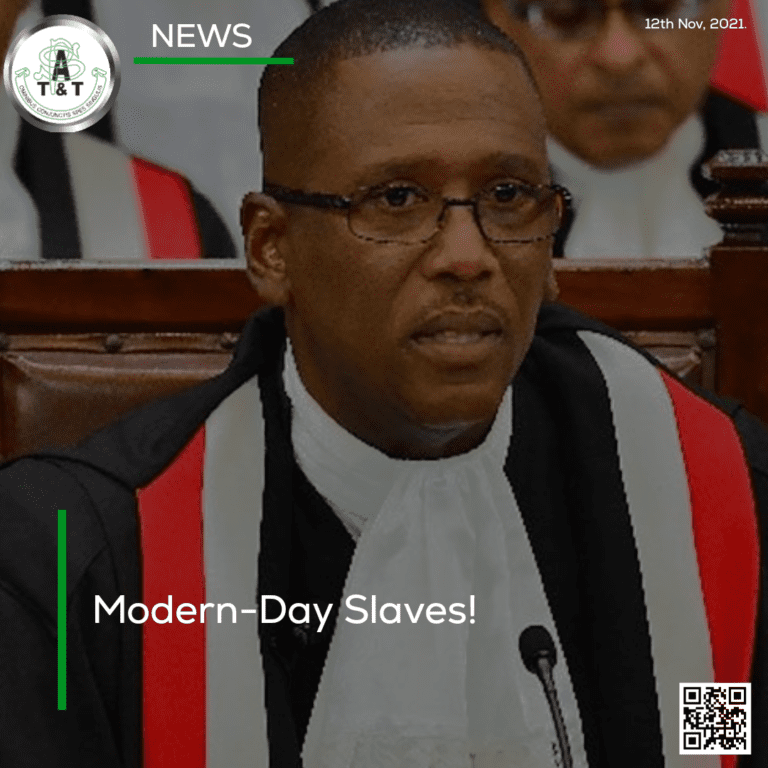 Public Sector employees working for the Judiciary of Trinidad and Tobago have questioned the autonomy that Chief Justice Ivor Archie has called for when he hosted the law term’s 2021-2022 opening.

On Tuesday, CJ Archie renewed his call, “For financial and administrative autonomy,” that he said was promised to his institution in the 2015 budget presentation.

In the virtual setting, CJ Archie noted that the Judiciary has demonstrated its ability to manage itself efficiently and therefore should move away from the archaic public sector hiring system which he said does not fit the model that the Judiciary required.

“The skill-set necessary for optimal functioning in a judicial environment are often unique and cannot be acquired elsewhere in employment or areas like IT, in a formal degree program. The fact is that internationally education is moving more towards modular buffet-style skills as job markets and typical career factors evolve. The focus on papers rather than competency means that I could not hire Bill Gates as an IT technician.” He said before speaking about the slowness with which personnel was recruited to fill positions in the public sector.

However, while speaking to PSA Media yesterday, at least three employees expressed bewilderment at the statement by the CJ. Two spoke with PSA media.

One woman who spoke on the condition that she remained nameless said: “I listened to that entire speech and was disheartened especially at the end.” She asked: “What unique set of skill-sets they want the workers to perform that the workers could not do?” She pondered if doing whatever managers said was the buffet-style skill-sets that the Chief Justice was implying in his speech.

She explained what is happening is that the Judiciary wants to take away job specifications and have everyone do a multitude of tasks that their superiors see fit on any particular day. She said: “Our job specs changes like the weather.” She also pointed out that the newly hired managers lack communication skills and proper industrial relations knowledge since they make decisions without consulting the workers or their union representatives.

“Modern-day slaves, that is what the Judiciary wants” The worker went on to ask, “So who was doing all those upgrades that he was talking about. If the workers are so terrible then how was it being done?””

Another worker who also asked not to be named said, “Maybe one day the Chief Justice will make a speech thanking workers for their efforts during the pandemic.” She pointed out that under the cover of the Covid-19 pandemic the Judiciary had intensified the contract hiring of workers and explained: “Every time a public sector employee leaves the institution a contract worker is hired and they are not hired through Service Commission” She continued: “So, I do not know why he is asking for the autonomy to hire who he wants when the judiciary is already doing that!” That worker however agreed with the CJ that the process through Service Commission was slow as she has seen through interactions with them.

In 2019, Public Services Association (PSA) President, Watson Duke and several Judiciary workers held an overnight vigil hoping to press the judiciary into full disclosure regarding its mass restructuring plans.  At that time, Duke had stated: “They have continuously acted outside the workers’ interest by not providing them with proper information with what they are going to do because I’m convinced, they’re going to lose their jobs.”

Last year, CJ Archie had also stated that one of the major impediments facing the Judiciary is the lack of independence that it had been seeking since colonial times.

Also, in 2019, PSA President, Watson Duke stated that one of the major objectives of the PSA was to ensure the independence of the Judiciary and he noted that one way to do this was ensuring that when workers were hired, they are hired by an independent body which is the-Service Commission.