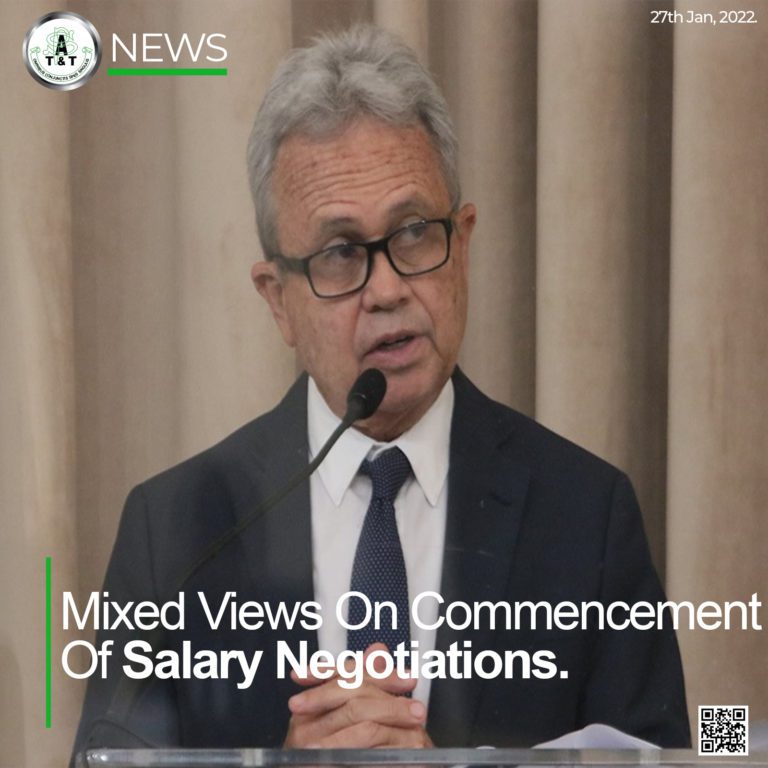 When PSA Media reached out to workers who acknowledged that they were living on a 2013 salary that was not enough, some said that they were shocked that the government had even considered the plight of their employees after they had neglected them for so long. Others said that it was long overdue and March was too far away. One worker who asked that his name not be printed noted: “It is a slap in the face. They initially said January during the last budget presentation.”

Workers employed with the government have long voiced their concerns saying that their buying power had dwindled and they have had to make many sacrifices to make ends meet for themselves and their families.

It is for that reason that one worker noted to PSA Media that she hopes that they get all their outstanding increments owed for the period up to 2022, but she along with other co-workers said that they doubted that it would happen.

Another worker confessed to PSA Media that the outstanding wage negotiations have been a demotivator to many workers. She reasoned that everyone reacts differently to stress and went on to say that sometimes some persons also have a better support system than others.

“While some workers may work as normal although they have financial stress, others will have a different attitude.” She said as in her case over the years she has had to move back home with her mother because the house that she bought she was unable to maintain. She noted that she was thinking about renting it out to supplemental her salary but hoped that the increase in her pay would come sooner than later and influence her to rethink her plan.

In January of last year, Finance Minister, Colm Imbert blamed the Covid-19 pandemic along with a drop in the country’s revenue by an estimated 16 billion dollars for the government’s abandonment of wage negotiations that was supposed to begin early 2020 as stated by him. The decision was made to postpone negotiations although the Finance Minister admitted that submissions for the collective bargaining had already been made by some of the larger trade unions. According to Imbert at the time, the cost would have been “astronomical. Furthermore, he had stated that if the government attempted to pay wages there would be a high possibility of job losses in the public sector.

In February 2021 former Public Services Association President, Watson Duke insisted that the Finance Minister was acting, “Contrary to law and without commonsense.” At that time the PSA President Duke had said to the Finance Minister, “Salaries are not based on what the government can pay but based on what is required for the workers to live and you can’t pay workers something that will reduce them to poverty”, the PSA President said.

However, by October 2021, Finance Minister Imbert in his seventh budget presentation said that he had instructed the Chief Personnel Officer(CPO) to restart negotiations with the relevant trade unions.