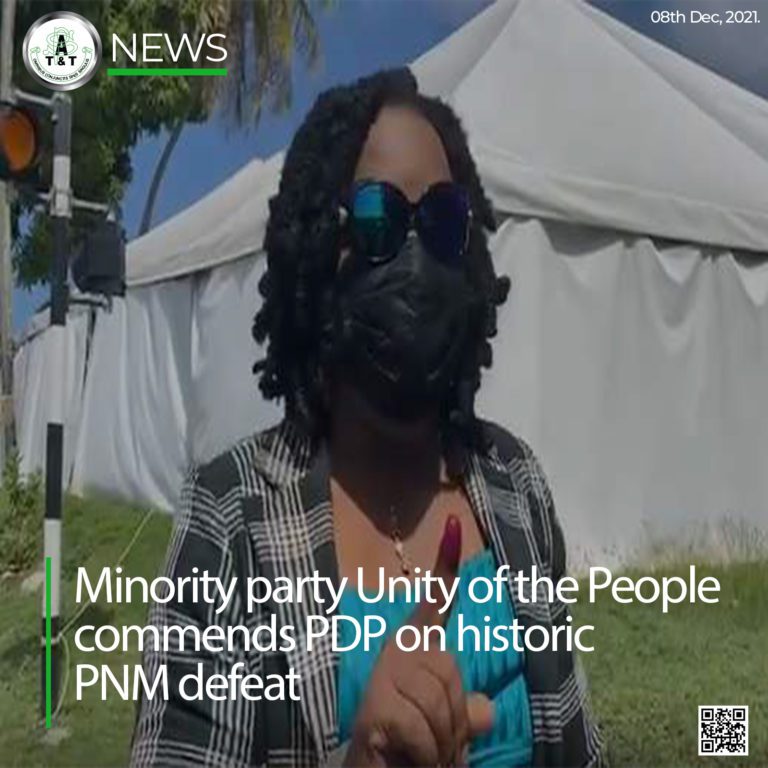 One minority party in Tobago says democracy has spoken but, some people may not understand proper representation.

PSA Media spoke with Political Leader of the Unity of the People Nickocy Phillip on Tuesday for her thoughts on the outcome of Monday’s THA election and what’s next for her party.

Despite being disappointed that she was not the one to beat the PNM in her district, Phillip commended the Progressive Democratic Patriots on their historic 14-1 win.

Phillip said that her party will now regroup and is now focused on the Local Government election in Trinidad next year.

“I’m glad that government was defeated. I would’ve been happier if it was by me and not someone else who just come in on a party name but at the end of the day the people spoke and I respect that as much as possible.”

Phillips also sent a congratulatory message to the PDP where she expressed confidence in the PDP where governance and promises made to the people of Tobago and that commitments made to the people will continue to show not only to the PDP supporters democratic freedom, transparency, accountability, and equality but to all the citizens of Tobago despite of party affiliation.

Phillips told PSA media that her party is willing to work alongside the PDP to represent the people of Tobago but she admitted that the road ahead, is a difficult one. As such she said she has faith in the party and believes that a good relationship with the government is necessary for fulfilling promises made to Tobagonians.

“If the PDP calls for any help and they offer me a position I am willing to work to represent the people and be a servant to the people of Tobago,” she said.