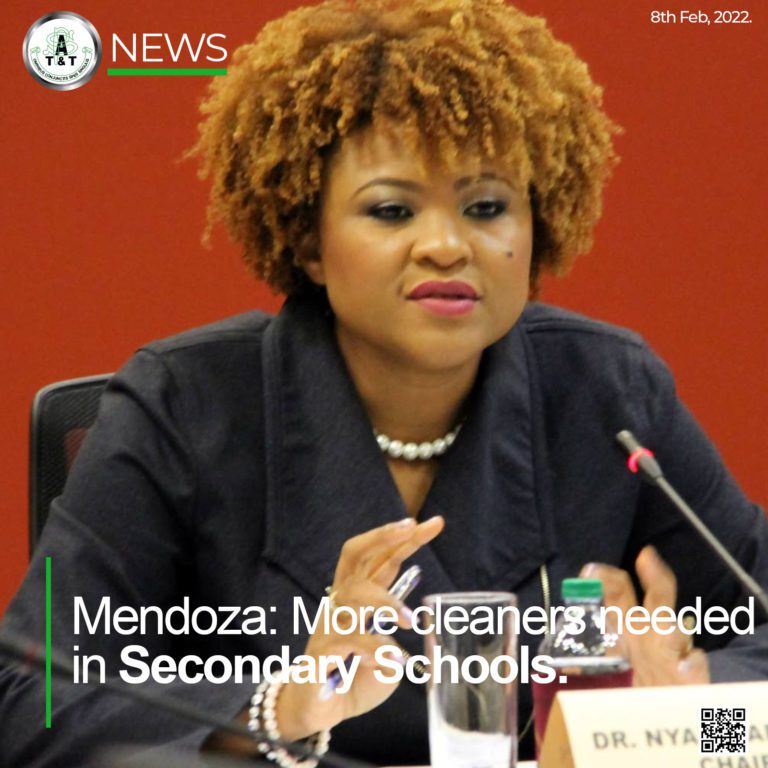 Clarence Mendoza, Chairman of the Concerned Parent Movement of T.T wants the Education Ministry to add more cleaners from the National Maintenance Training and Security Company Limited(MTS) into the secondary schools.

Speaking to PSA Media on Monday’s reopening of schools, Mendoza said that he along with the Parent and Teacher Association(PTA) President of Pleasantville Secondary, Sherry Zephryne visited two schools in South Trinidad on Monday and the secondary school was in disarray. Apart from the school’s conditions at Pleasantville Secondary, Mendoza lamented that there were only four MTS cleaners for the entire school population and worried that the cleaning and sanitization of the classrooms would not be up to the standard that everyone would want.

“Imagine that all students were not out to school and we were having problems with the sanitization of the classrooms. Now the other forms from one to three are back out to school also and we have the same number of MTS cleaners at the schools.” He said.

He continued: “The school’s timetable is to accommodate 500 students a day on rotation. The population at the school is 1,100 students plus staff.”

However, Mendoza noted that at the San Fernando boys government primary school which is maintained by the Unemployment Relief Programme(URP) they were contented with what they saw.

At a virtual Peoples National Movement meeting in Laventille West constituency on Saturday, Education Minister Dr. Nyan Gadsby Dolly stated that the government cannot guarantee that no child will contract the Covid-19 virus at the school. She said, “Children are getting sick right at home. Parents are out to work. Children are out. They might not be going to school but children are out and I am sure all of us have seen this.” However, she pointed out that what the government can guarantee is to minimize the risk of children getting sick.

Despite this Mendoza agreed with the Education Minister that more children were failing on the online platform and said that the Concerned Parent Movement also agreed that children should be out at school. He reasoned that just as the students’, teachers were not trained to teach from an online environment and said that both teachers and students were doing their best on the platform.

Mendoza also noted that while visiting the two schools he noticed that children were eager and happy to meet their friends and classmates, some of whom they have seen for the first time.

Due to Covid-19 precautions, the government had ordered all schools in Trinidad and Tobago to close on March 13, 2020. However, students who wrote the 2020 Secondary Entrance Assessment (SEA) exam in August of that year, was allowed to attend in-person classes for one month from July 20 to August 20.

Meanwhile, secondary school students in Forms Four to Six returned to the physical classroom on October 4, 2021 – while all other forms remained engaged in remote learning.

Sharing data at the PNM’s virtual meeting on Saturday, Gadsby-Dolly read the results of the standardized test results from the Caribbean Secondary Education Certificate(CSEC) and Secondary Entrance Examination(SEA). She compared the results between 2021 and previous years.

“In 2021 47% of the students who wrote CSEC in Trinidad and Tobago got their full certificate. Five subjects including math and English. That is the basic preparation for work at a reasonable standard. In 2020 it was 55%. That 47% has been the lowest in five years in Trinidad and Tobago.” She said.

She reasoned that for every child that was doing well on the online platform there were a plethora of students doing poorly.

The Education Ministry stated that from February 7 students in forms one to three will attend classes on a rotational basis for a minimum of two days for the week and five days in a 10-day cycle.