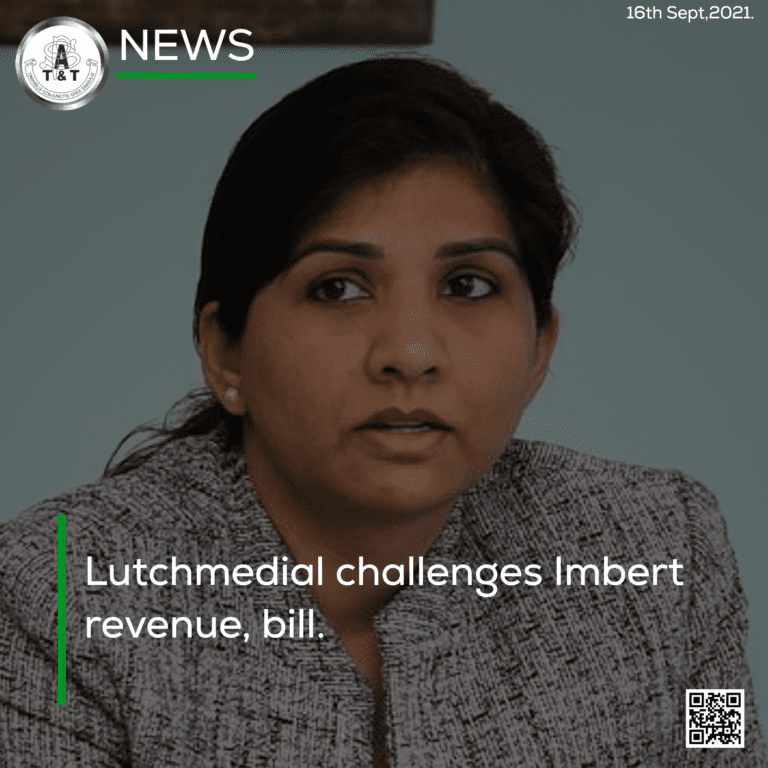 The root causes for the inefficiencies that have plagued the public service commission have never been addressed by the government. That was one argument for the rejection of the Revenue Authority(TTRA) bill that was put on the parliamentary table for consideration by a United National Congress, Senator.

Senator, Jayanti Lutchmedial in her presentation challenged a point made by Finance Minister, Colm Imbert during his contribution when he said that there were 100s of vacancies in the public service due to the inaction of the service commission. Lutchmedial stated, “I have not heard anyone identify the root cause of the issues of the service commission and why they cannot fill vacancies in departments such as BIR and customs.” She reasoned that a simple solution such as coming up with a proposal to address these inefficiencies could solve numerous problems, rather than forcing a Revenue Authority(TTRA) bill that is in itself questionable.

However, Finance Minister, Colm Imbert also cited an article that labeled Trinidad and Tobago’s taxation system as underperforming. According to the publication that highlighted figures obtained from the International Monetary Fund(IMF) and World Bank, T&T ranked 160 out of 190 countries in its tax-collecting capacity and got grades below the Latin American and Caribbean average. In addition, Imbert from his reading noted that it takes on average one month to file three major taxes in T&T.

Commenting on these issues raised by Imbert, Lutchmedial said, “The inefficiencies of the current system come about as a result of poor planning, poor resourcing.” In referencing the IMF assessment report that gave T&T a low rating, she asked, “What were the measures recommended to improve the BIR in those areas where they ranked as C and D and almost got failing grades.” She insisted to know what had been done since that report. The Senator also held the view that sacrificing an independent civil and public service to solve management issues is a step in the wrong direction. She said, “You have a management problem that results in long lines, not just outside of BIR and customs.” She asked, “So what are we going to do now, dismantle the entire public service and make everyone political appointees so that nobody will have to line up outside of a government building?”

In her presentation, Lutchmedial professed another reason that the government had zeroed in on BIR and custom. She said, “This is not a problem unique to BIR and customs, so why are you targeting BIR and customs? Is it to get your hands on 95 percent of the revenue collected in this country and to be able to control it? Quoting from Imbert who said that the government wants to carry out the duty of tax collection as a business and not be subject to the restrictions of the public service, Lutchmedial reminded the Finance Minister that it was those restrictions that protected citizens from becoming targets to political and other forms of victimisation.

The debate entiled, “An act to establish the Trinidad and Tobago Revenue Authority,” will continue in the Senate on Friday.