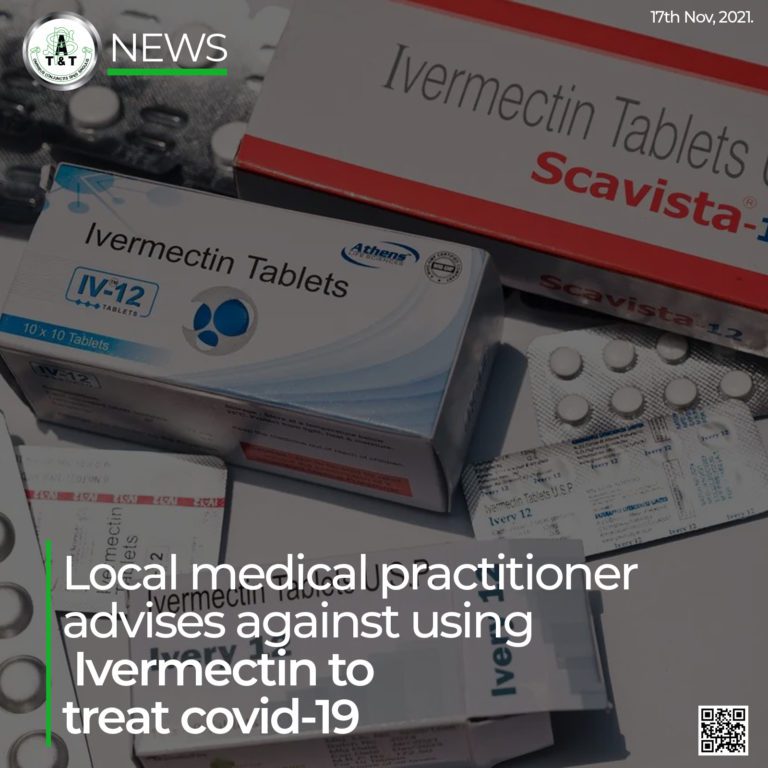 One local Medical Practitioner Dr Keegan Baggan has advised against the use of one particular drug, Ivermectin, to treat with covid-19.

This comes as Health Minister Terrence Deyalsingh on Saturday revealed that doctors have been reporting that when patients are admitted into ICU in the parallel healthcare system, many of them were being treated privately at home with drugs ineffective against the virus, including Ivermectin.

During a television interview on Tuesday, Dr Baggan explained that this is a drug commonly used to treat parasites and in Trinidad, is mainly for veterinary use.

According to him, some side effects include liver and cardiac complications.

“Ivermectin is really a drug for parasites, its an anti-parasetic for worms and things like that. Here in Trinidad we only import the version of Ivermectin that is for animals, for vetinary use,” he explained.

With covid-19 bearing so many symptoms, Dr Baggan noted that once severely ill, it is difficult to determine whether the patient’s deterioration was due to delayed medical treatment or Ivermectin itself.

He further explained, “It’s hard now to separate did a person get worse because the Ivermectin made them worse or is be because they disease they would have had and the delay of treatment caused them to get worse.”

Despite this, Dr Baggan gave assurances that there have been no deaths so far, linked to the drug.