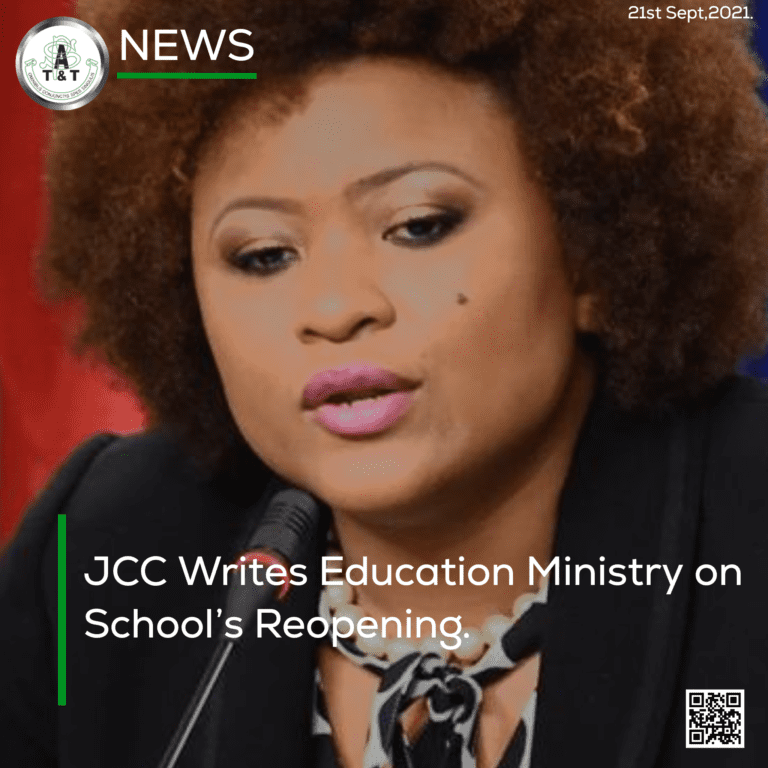 The Ministry of Education’s Joint Consultative Committee Staff-Side has engaged the Education Ministry’s Permanent Secretary to review the intent to have civil servants working at the nation’s schools as often as she indicated in a circular memo that she sent out last Friday.

The Vice-Chairman of the JCC said that the memo was sent out stating, from September 20 all clerical and administrative staff assigned to primary and secondary schools should report to work at least four days per week. He went on to say that after the memo had circulated on Friday, he began receiving numerous phone calls over the weekend. Some were concerned and others complaining about the announcement. He listed some of the issues raised with the JCC including persons who had children attending online classes. He reminded that only fully vaccinated students in forms four to six were carded to reenter school on October 1 as mentioned by the Prime Minister and therefore the younger children in some cases run the risk of being left unsupervised at home if their parents are required to work.

The problem according to one lab tech PSA media spoke to was compounded because Day Cares are also closed at the moment. She said that workers had no problem returning to work but their apprehensions were genuine.

However, the JCC Vice-Chairman said the concerns raised prompted him to write the Permanent Secretary on Sunday urging her to review the instructions and give considerations to persons facing those issues. He noted that he is still waiting for a response but it was understandable that she had not responded given when his letter was written.

Apart from the subject of parental responsibilities, the Vice-Chairman said, there are also health and safety issues, “Because you are asking everyone to come out and work at least four days per week. I do not know who knows but in some schools we do have some tight quarters.” Therefore, he said he has also asked the Permanent Secretary to review the instructions due to social distancing purposes also.

One recommendation he said that was suggested by the JCC was that staff be allowed to work on 50 percent rotation as advised by the Public Health Ordinance. He explained: “Every other day, so 50 percent of staff come out today, 50 tomorrow and they rotate as such.”

When asked why the circular memo also stated that staff at primary schools were asked to make themselves available for duty as well, the JCC Vice-Chairman said that he did not know why.