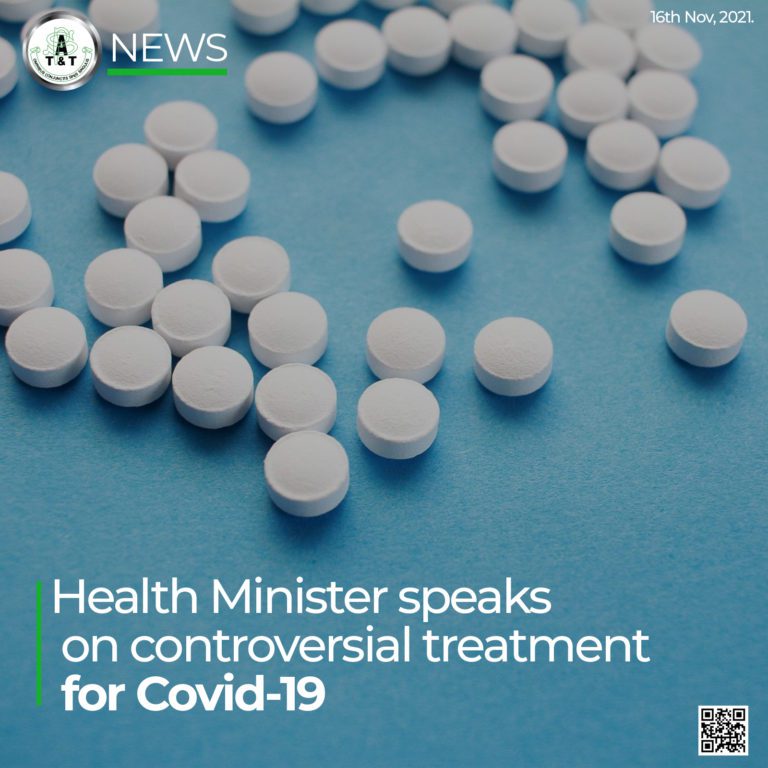 According to Minister Deyalsingh: “What the doctors have been telling me is that patients are being treated by their private practice doctors at home with a combination of the following drugs. One, ivermectin and two, antibiotics.”

He noted that while there was a place for antibiotics in the fight against Covid-19 that would only be necessary if the patient had, “A secondary bacterial infection coming out of the viral infection.” However, he said that in the cases that the doctors were telling him about, the antibiotics were used as the first form of therapy and it baffled the doctors at the public institutions as to why it was administered. He noted apart from ivermectin and the antibiotics, alternative medicines and home oxygen were also favoured by the private doctors.

However, Deyalsingh pointed out that he was told that many of the patients who chose the home treatment when they arrived at the hospital, they had to be immediately admitted to the intensive care unit(ICU). He said that apart from the ivermectin and antibiotics treatment that was responsible for their state of health, many of the patients had remained at home for up to five days with breathing difficulties.
“And very often the ambulance has to go two and three times to the same house. They call the ambulance and the ambulance goes.” Deyalsingh said. He continued: “They are declared clinically to be in a state to be admitted to a hospital. They decline to come. They continue to take ivermectin and antibiotics at home that is being prescribed. They deteriorate. They call the ambulance again.”

Although the World Health Organization(WHO) has not approved ivermectin outside of clinical trials that has not stopped India, several African and Latin American countries from administering the drug to Covid-19 patients especially in the initial stages of the infection.

On May 18, the Caribbean Public Health Agency (CARPHA) urged, “Ministries of Health and clinicians to only use the medicine, ivermectin, under the conditions of well-regulated clinical trials for COVID-19, or for approved indications. This is a result of the limited evidence available to assure a favorable benefit-risk balance when used in treating patients with COVID-19. This is also reflected by the recommendations of the global health authority, World Health Organization (WHO).”

In the Caribbean, several doctors, most notably from Jamaica and Grenada have made pleas to have the controversial drug’s assistance in the fight against the coronavirus.