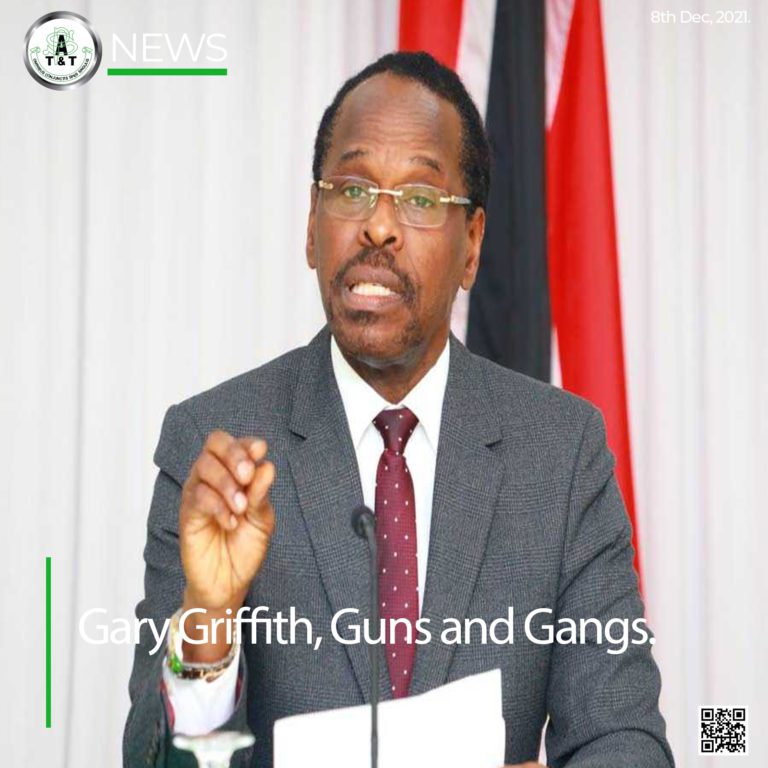 Former Police Commissioner, Gary Griffith, wants the National Security Minister, Fitzgerald Hinds to preserve the independence of the Trinidad and Tobago police service(TTPS) and stay away from their media conferences. According to Griffith, Hind’s presence blurs the lines between the TTPS and the political party that he represents.

In a Whatsapp message sent to reporters yesterday, Griffith said that Minister Hinds for the fifth consecutive TTPS media conference assumed the role of chairperson at these conferences.

The former Top CoP reasoned that he understood that in Hinds exuberance as a former police officer he might be frustrated, and, “Overwhelmed in his position as Minister of National Security given the sharp rise in crime in recent months;” however, he pointed out that, what he had witnessed today with the National Security Minister being flanked on one side by the head of the Prison Service, Dennis Pulchan and Deputy Commissioner of Police, McDonald Jacob on the other was unacceptable.

Griffith warned that had it been on his watch that would have never been allowed to happen and voiced his concern.

“This must be rejected by every right-thinking citizen, because the TTPS must be, and must be seen to be, by all of us, as independent of the political directorate which is part of a properly functioning democracy, and in adherence with our constitution.”

Yesterday, at the Police Administration Building in San Fernando, the National Security Minister after attending the funereal service of one of the two slain prison officers, Nigel Jones, who was killed by assailants while waiting for a taxi with his daughter in Siparia, spoke to the media and pointed out that the National Security Council and government understood these attacks were not simply against the Prison Service but on the State. He once again declared his Ministry’s full support for the Prison Service.

“They are intended to disrupt the operations of the prisons and the State and to break down the effectiveness of law enforcement to do its work. It is a very serious business. In fact, in some places and even here, some people consider that this is quintessential terrorist activity. Terrorists do what they do, sometimes for political and other reasons, to disrupt the smooth operation of the State and to interfere with your peace, your safety, and security,” Hinds said.

Also at the meeting was DCP McDonald Jacob who announced a 500,000 dollar reward to anyone with information leading to the persecution of the killers of Trevor Serrette and Nigel Jones. He noted that the information would be kept with the strictest level of confidentiality. Jacob informed that further details regarding the reward will be released in due course. He also said that of the nine men initially held in connection with the murders, only one was still in police custody.

Speaking also at the media conference was prison commissioner, Dennis Pulchan who complained that despite the suspension and arrest of 18 prison officers between January to present, the prisons were also grappling with drone technology used to distribute contraband straight to prisoners’ cells.

These drones, he said, were flying to windows in the prisons, bringing cellphones to prisoners. While the Prison Service works with other agencies to prevent this, Pulchan said they had caught a few drones and secured evidence that can lead to arrests.

Meanwhile, in a PSA Media telephone conversation with criminologist Darius Figuera on Monday, he questioned the logic of housing several high-profile gang members at the same cellblock. According to Figuera, the only way that arrangement can work is if those men occupy single cells. He said, keeping those men, who may have been natural enemies in the same cell and where seven to eight of them occupy and have airing time together can be the formation of a super gang where networks and alliances are formed due to the close contact and feeling of being oppressed together can bring. He noted that it can have a feeling of camaraderie amongst those remanded prisoners at the Wayne Jackson building which was formerly known as building 13.