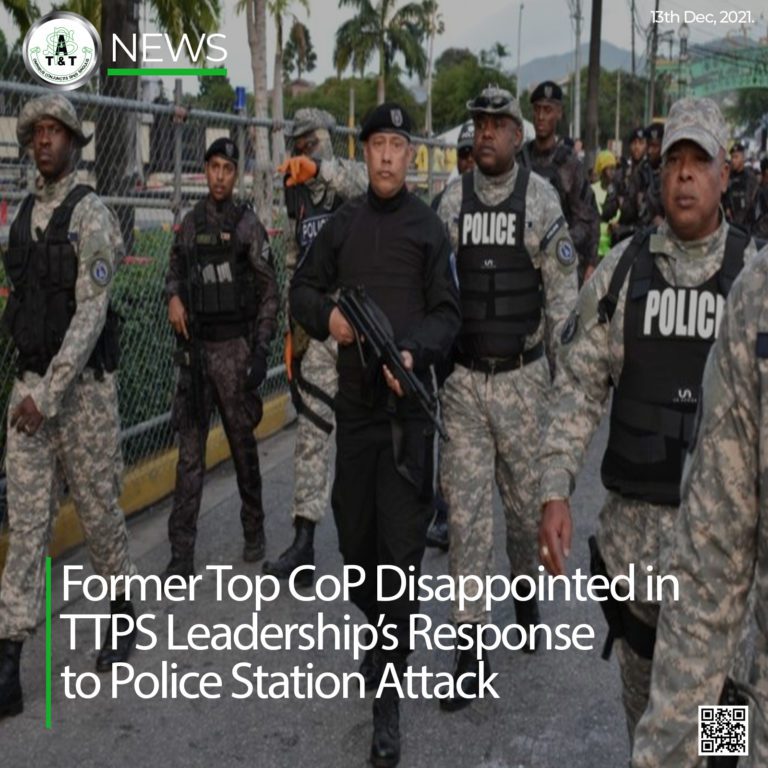 Following the attack on a police station last week, estranged police commissioner, Gary Griffith does not like the approach that the present National Security hierarchy has taken in response.

According to a post on the Trinidad and Tobago Police Service(TTPS) Facebook page on Friday, the initiative was taken by Inspector, Renee Bain-Keller and aimed to deter criminal elements from the Belmont area. As stated on the post: “This initiative is part of a three-pronged approach to crime-fighting. The expected outcomes are community engagement, safety and security of citizens and mental health and wellness is an added benefit for officers.” She reasoned.

The TTPS said, the crime plan was geared at keeping citizens around the Queen’s Park Savannah(QPS) and Lady Chancellor Hill free from crime but there was no mention that it was in retaliation to the attack on the Belmont Police Station.

Member of Parliament(MP) for Port-of-Spain North and St. Ann’s West, Stuart Young, Mayor Joel Martinez and Deputy Commissioner of Police (Ag.), Operations, Erla Christopher all endorsed and commended Inspector Bain-Keller on taking the plan of action to protect citizens spending their time recreating or exercising in and around the QPS and the Lady Chancellor Hill.

On the other hand, former Top CoP, Gary Griffith in a Whatsapp exchange with PSA media stated: “My style to deal with criminal elements was decisive, clinical and aggressive. At times it was required because of the types of individuals the police had to deal with. Individuals that would kill innocent children, rape women, and kidnap your family member. I was forced to do as required.” Griffith noted.

He added: “Now that I have left, there have been three crime plans that have come about. One, where the police have told the public to walk faster so criminals would not catch them. Plan number two, do not walk with plenty cash, so, if you are robbed you will not lose plenty money. And the latest crime plan number three is to walk around the savannah in retaliation if they shoot at a police station.”

Griffith pointed out that this is where the use of force policy he stood by would have been necessary: “I mentioned it dozens of times, that when I was commissioner of police if at any time any criminal element decided to aim their weapon or tried to kill any of my officers we will come after you with full force. We will put every single available resource to find you and come after you and if at any time when we confront you and you decide to aim a weapon at any police officer then that is where the, one shot, one kill policy came in.”

Griffith continued that in a situation where persons had shot up a police station under his tenure, “I would not have police officers walking around the savannah sipping snowcone and singing Kumbaya, what we would have done is suit up and go after them very hard and we would have put them in handcuffs behind bars or a body bag.”

In Griffith’s initial message sent to reporters, he mocked the present and former National Security Ministers, Fitzgerald Hinds and Stuart Young, as well as his former colleague Deputy Commissioner of Police(DCP) McDonald Jacob, who was in charge of  Intelligence and Investigations under Griffith’s tenure. According to Griffith, it is a leadership that has run out of viable options.

Asked if he thinks that the criminal elements will begin to target police officers just as they have prison officers in the not too distant future. Griffith responded, “Stop asking answers.”