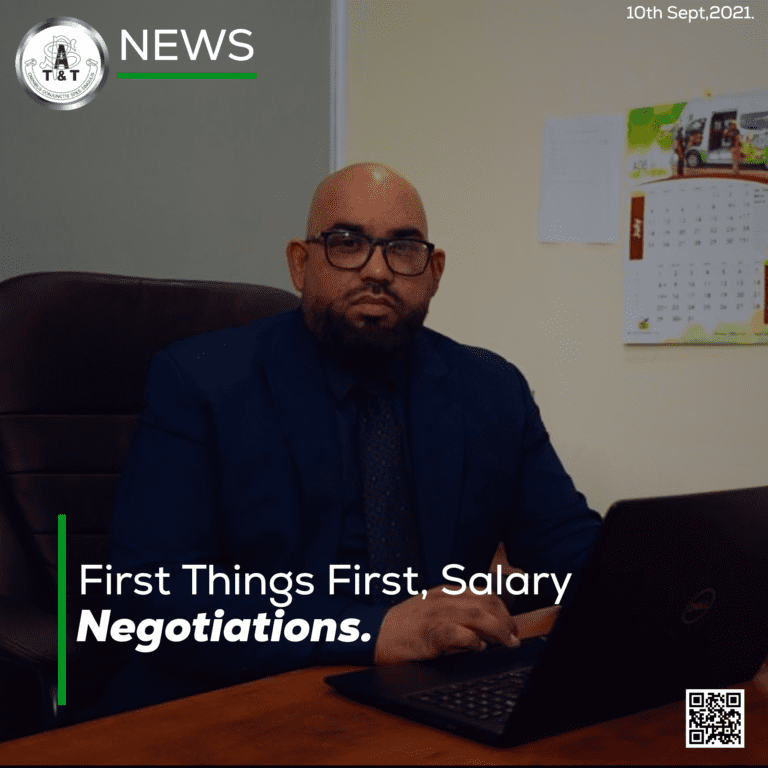 Workers’ salary negotiations should be the priority of the government before they start speaking about imposing property tax on citizens. Public Services Association(PSA) representative, second vice-president, Avinash Maharajh put forward that argument when speaking to PSA media, earlier today.

Maharajh in a Whatsapp message he responded to said: “The government is moving towards the implementation of property tax. This will further burden citizens of this country, who have lost their incomes due to Covid-19. This will also be a tremendous burden on public servants, who have not had a salary increase since 2013. Their purchasing power has been eroded by inflation, since then many workers live paycheck to paycheck. Some are forced into taking predatory loans to meet unforeseen expenses because their savings have been depleted.” The second vice-president also noted that the PSA agrees with other stakeholders that, “The timing of this is ill-conceived.”

To further his point, the PSA representative reasoned that several recent newspaper articles were indicative and therefore the government was “out of touch with reality.” He pointed out that last month alone the daily newspapers had articles showing where Route one maxi taxis that operate from Port-of-Spain to places such as Carenage, Diego Martin, and Petit Valley and Route two maxi taxi associations that operate along the Priority Bus Route and the Eastern Main Road had either raised fares or were in dialogue to do so. In addition, he noted that food prices are steadily increasing because of circumstances, some of which were unforeseen and others self-inflicted.

To counter Finance Minister, Colm Imbert’s claim during his last budget presentation, where he said that, “property taxes will generate a steady flow of financing for regional governmental services,” the PSA’s second Vice-President said, “If the government wants to earn revenue then they need to look to investments, diversification initiatives, increasing productivity and employment by filling the vacancies in the public service and settling wage negotiations to stimulate the economy.”

He continued: “Mega vanity projects only benefit a few privileged persons and do not trickle down. Settling negotiations will boost spending, generate economic activity, which will spur private sector investment, and boost employment and productivity. Implementing a property tax now will cause more hardship on the already overburdened working class.”

Recently, the daily newspapers have reported that squatters, as well as other citizens, who may or may not own certain types of land, have been requested by the Valuation Division to fill out a Return Form. The development has confused members of the public and politicians alike, with at least one speculating that the move was designed to initiate the property tax.