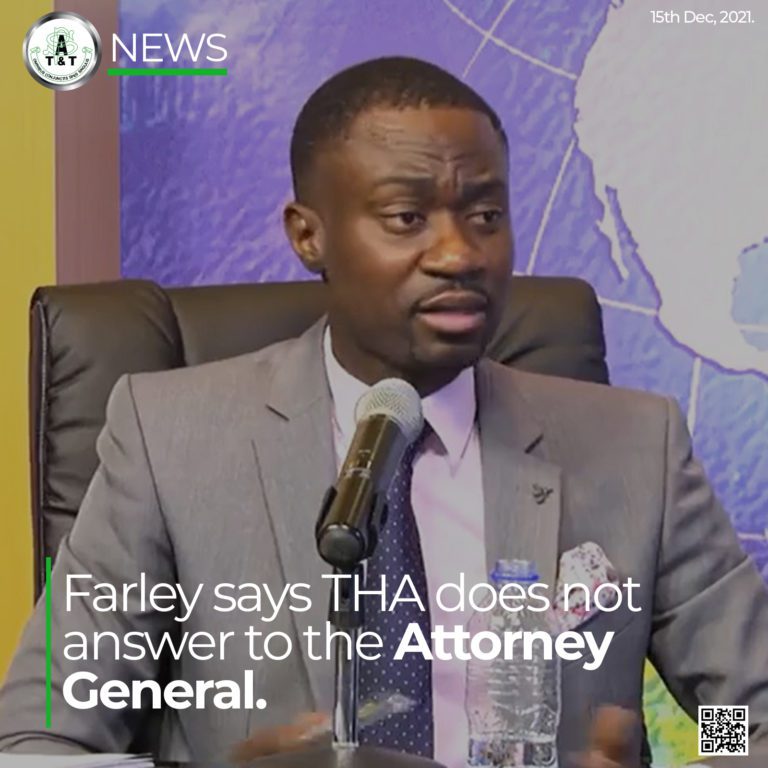 This as he responded to questions at Wednesday’s Post Executive media briefing on whether he will be responding to letters from Attorney General Faris Al Rawi which were sent last week, regarding what he described as “difficulties that Mr. Duke has presented to him, the country and the THA” calling on the THA head to speak with clarity on the issue.

Mr Augustine said he only received the letter on Wednesday morning.

“The truth is the Tobago House of Assembly does not answer to the Attorney General. I would add that handsomely multi million dollars in rentals.”

Augustine added, “I assure you the election of the Deputy Chief Secretary is in order and he has indicated by way of resignation letter to PSA that effective the end of this calendar year he will no longer be with the Public Service Association and I believe that is sufficient time to allow him to be able to sever ties and transition into additional roles with the executive of the THA.”

Many have taken up issue with Watson Duke’s offer of resignation to the Public Services Association to be effective from December 31, 2021, saying that he should not have the privilege of a grace period. The Attorney General himself on Tuesday said that the law does not provide for a grace period.

The Conference of Delegates will hold a special conference scheduled for December 21 to discuss Duke’s offer of his resignation.

Mr Augustine again reiterated Mr Dukes assigned role as Deputy Chief Secretary while reiterating that the grace period is not the issue, it is ensuring there is no breach of the law.

“I’ve made myself absolutely clear, that I would not give him additional portfolios as that would require public service staff be attached to him and his portfolio and for that to happen there would be some obvious conflicts of interest. Not illegal, but unethical, there’s a difference.”

He further explained, “Where he’s at at the moment is a legally safe place for him to be…that’s sufficient, and when we cross over into January, we can treat with any additional portfolios or functions that I would like him to play but note that the law is very clear. The law only realizes conflicts as far as receiving remuneration and/or benefits from another organization.”

Last Tuesday it was decided that Duke will continue to serve as PSA President without any benefits or remuneration, but with many taking issue with the conflicts of interest, he submitted his resignation on Monday night so that he can fully serve the people of Tobago.