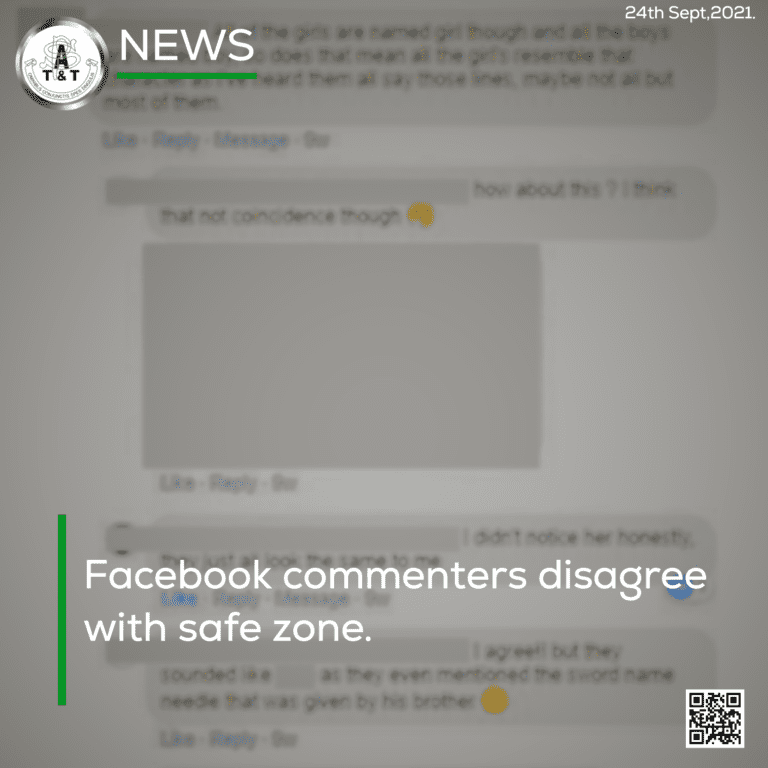 A post on the Office of the Prime Minister’s Facebook page has received several negative comments from persons who did not agree with the government’s decision to open TT Safe Zones for only fully vaccinated employees and patrons.

At today’s media conference held at the Diplomatic Centre in St. Ann’s, Prime Minister, Dr. Keith Rowley announced that TT Safe Zones will be launched on October 11. When the news was uploaded to the Facebook page after the media conference, almost all of the 400 comments at the time were not in agreement.

The post reads: “TT Safe Zones to be launched for fully vaccinated persons only from Monday 11th October 2021.” The post was shared over 1000 times.

“I find the newly implemented measures to be unfair to those who genuinely can’s take the vaccine. While I can certainly survive without all of these things, I must say how unfair life is……to all the persons who can’t take the vaccine we will live.” Shermillia Cooper-Rahim said.

According to the Minister of Energy and Energy Industries and Minister in the Office of the Prime Minister, Stuart Young who gave the details surrounding the Safe Zone initiative, he said: “Cinemas and theatres, theatres including as the Prime Minister said, NAPA, Queen’s Hall, casinos and betting shops, bars and restaurants, gyms, and fitness centres and those types of things will be open to fully vaccinated persons over the age of 12.” Young also pointed out that the owners of these establishments must ensure that only fully vaccinated employees are allowed to work on the compound.

Addressing patrons he said that persons would be required to walk with proof of their vaccination status and provide it to enforcement officers if requested. He said that the enforcement officers are police officers and public health officers. Young also added, “What is being developed out of the Ministry of Health is basically a poster that will be provided by a schedule to the public health regulations setting out to the public that my establishment is a safe zone. Everyone here, all of my employees are fully vaccinated and I take that responsibility.” He continued: “If it is found by the enforcement officers that the employees are not fully vaccinated then the owners of the establishment would be subject to a fine.”

Young noted that the government is also considering a tiered penalty system where first and second offenders would be suspended for a while and third offenders would be taken off the list as a safe zone. He exampled that such an establishment would then be relegated as a take-out service in the case of restaurants.

According to Young in the case of bars and restaurants, there would be no consumption of alcohol on the premises but they would be allowed to serve food and soft drinks. He added that the government is thinking about these establishments operating at 50 percent capacity. He said these will be the initial rules in the first stage as it relates to the opening of these establishments.

Young said the final details will be relayed to the public before October 11 and at the press conference, it was also announced that digital vaccine cards would be coming soon.