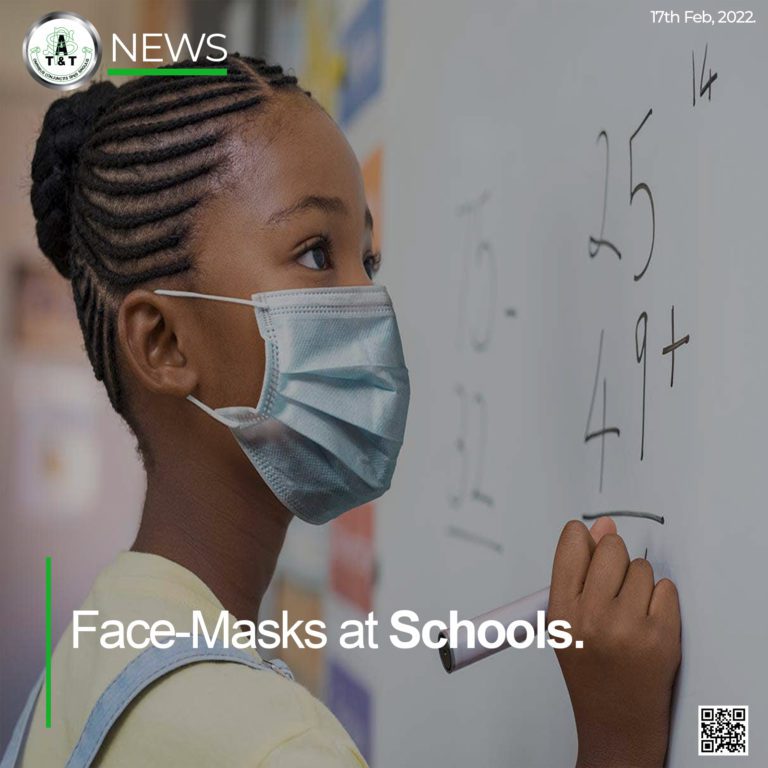 Despite an overwhelming number of parents agreeing that face masks should remain part of the attire among school-children and their teachers, the leader of the First Wave Movement, Umar Abdullah said he has numerous studies showing face-masks are useless and therefore he does not support the measure imposed by the government through the public health regulations.

In a telephone interview with PSA Media yesterday, Abdullah said on Sunday he instructed all his members to discontinue wearing face-masks because of the hypocrisy of the government. He told PSA Media it seemed that the government was using the public health regulations to attack certain sectors of society and his movement was not going to stand for that level of disrespect. He said that his organization was harassed recently for not wearing face masks but on the front page of a daily newspaper on the same day it shows persons attending a carnival event and they were not wearing face-coverings yet there was no word about it from the Prime Minister or his Health Minister.

“If I do not support the wearing of face-mask on adults, do you think I will support it on our children?” Abdullah asked rhetorically.

He further argued, “Face-mask is stripping our children away from an identity.” He continued, “I will not support a mandate where children cannot see the faces and gestures of their friends when interacting. And more to that, how can teachers teach in a classroom without seeing the proper facial gestures of students and vice-versa!” Abdullah noted that facial expression is a major part of human communications.

However, Chairman of the Concerned Parent Movement, Clarence Mendoza when asked by PSA Media if he believed that face-masks should still be mandatory for school-children, or done away with altogether or either become optional to wear at school said that his movement supported the wearing of face-masks in schools. He said that position by his movement may change when the public health regulations change, but noted that if face-masks are to be done away with it should start in the school system.

Many parents who spoke to PSA Media and preferred not to be named in the article also agreed that face-masks, as well as social distancing and hand-washing, were three of the pillars preventing the spread of Covid-19, and said that they will prefer that schools continue to use it.

Some countries around the world have begun rolling back some of the public health measures first used to curb the spread of the virus, instead, they have opted to treat the coronavirus as an endemic.