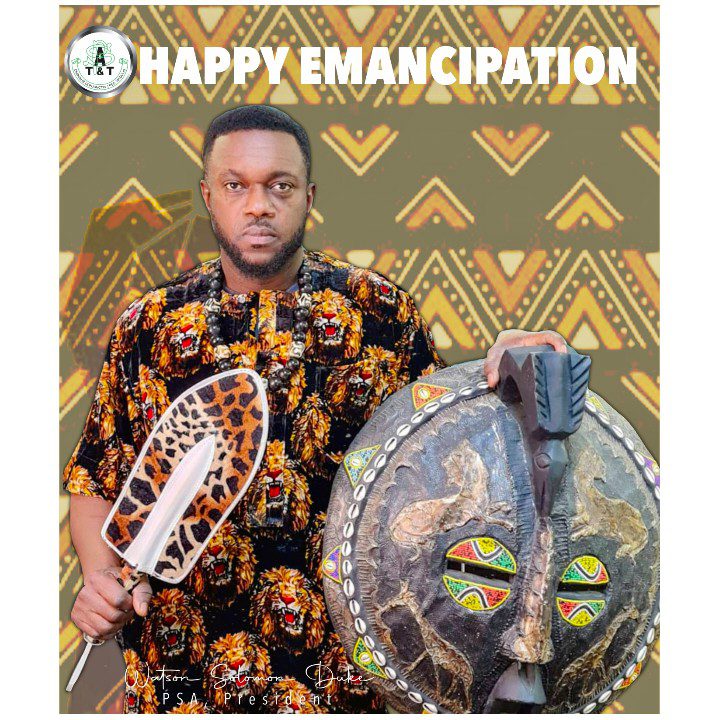 Within Trinidad and Tobago today, we as the People of the African diaspora celebrate 36 years of the Emancipation Day Holiday, and we continue to celebrate 187 years since the abolition of slavery by the Slave Abolition Act of 1833 which commenced on August 1, 1834.

Emancipation was a result of the Slave Abolition Act 1833 which made the purchase or ownership of slaves illegal. Slaves were now the owners of their bodies, the architect of their fate and the masters of their own will. No longer was their Colonial Empire in control of their bodies, fate and willpower.

The Conundrum of Emancipation:

Although we celebrate Emancipation;

Today, many Employers have refused to accept the Slavery Abolition Act  of 1833 and the celebration of Emancipation, among the working class of Trinidad and Tobago-by instituting policies that force employees to give ownership of their bodies, fate and willpower completely over to the Employer under the guise of the safety of public health via “Vaccinate to Operate” and “No Jab, No Job.” The peoples of Trinidad and Tobago in 2021 do not have the freedom over bodies, fate and willpower.

“Vaccinate to Operate” and “No Jab, No Job” is a brazen attack on our inherent and inalienable fundamental rights to enjoy the freedom of movement without subjecting ourselves to a “Trial Covid-19 Vaccine”.

“No Jab, No Job” is an assault on fundamental rights to benefit from the social contract that has always existed and shall continue to exist between a Democratic Government and its people. Governments are supposed to ensure that the resources of the nation are properly harnessed, monetized and equally used to benefit all peoples of this sovereign democratic Republic of Trinidad and Tobago.

Emancipate Yourself from Mental Slavery:

Every Government or Employer who threatens workers freedom of choice with regards to being injected or not injected with the “Covid-19 Trial Vaccines” is by their compulsive actions re-establishing a new, modern, hybrid form of slavery where workers are coerced and cajoled into giving up ownership of their bodies, fate and willpower to the unprincipled might and unfettered power of the employer who, under their status; deems themselves as God and is not required to comply with the same rules that they so easily and freely impose on employees.

As President of NATUC,  President of the PSA and as the  Political Leader of PDP I Watson Solomon Duke stand in defence of workers who wish to exercise their free choice on whether to be vaccinated or not.

I also call upon the Employers to recognise that the rules of employment have changed a lot since the Slavery Abolition Act of 1833. Therefore, to ask a worker to produce their Covid-19 Vaccination Card when Covid-19 has not been specifically declared as an occupational disease by Trinidad and Tobago is WRONG AND ILLEGAL.

I call upon employers not to enforce proof of Covid-19 Vaccination as a prerequisite for continued employment and the refusal to allow such employees access to the workplace can constitute an illegal lockout and be further deemed illegal Industrial Action by the employer against the employee.

I further call upon any worker who faces such vile and illegal threats to their personhood to contact the PSA via our Facebook page and website which is PSA Trinbago and psatrinbagott.org respectively.