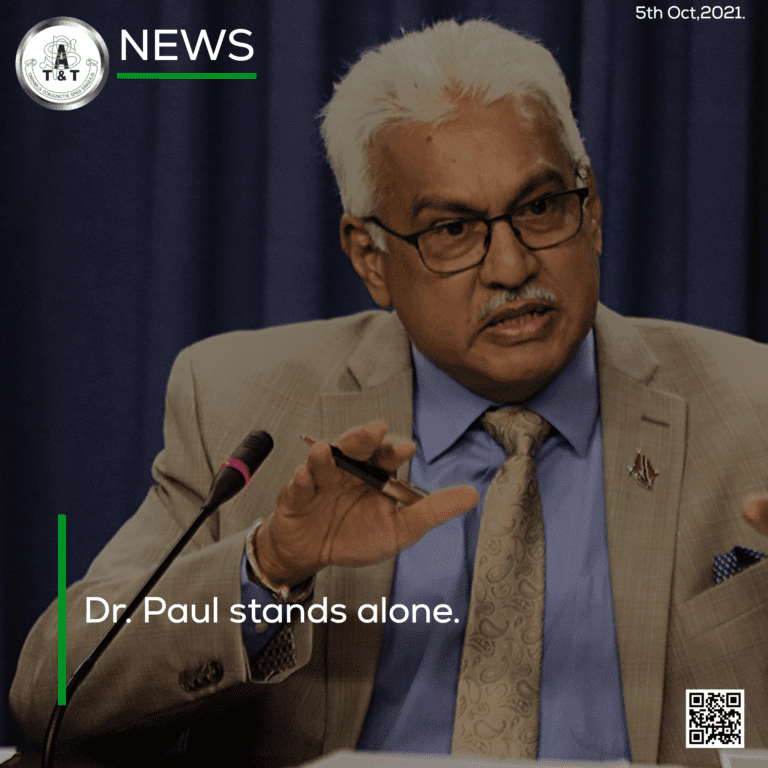 In a zoom live session on Saturday, where the Health Minister, Terrence Deyalsingh was a no call, no show, and County Medical Officer of Health for Caroni, Jeanine St. Bernard seemed to have dodged, it was left only up to Dr. Josanne Paul, head of pediatrics to defend the government’s position on the vaccination of children policy.

However, in the end, Shamila Raheem, Public Relations Officer(PRO) for the Concerned Parents Movement said that the feedback from parents thus far remains negative to the government’s position on vaccination. In a voice note sent to PSA media, she said: “Parents are not convinced as yet as to if their children should be vaccinated. So they are refraining from having their children vaccinated until more information can be brought forward from the health ministry.”

On Saturday, the meeting that was scheduled to begin at 6 pm and carded to have three guests from the Health Ministry ended up with only Dr. Josanne Paul doing her best to answer questions from a very knowledgeable audience who comprised among others doctors from Trinidad and Tobago and at least one from Grenada.

At the beginning of the zoom session, both doctor St. Bernard and Paul seemed well poised to answer the questions put forward and told their audience that they did not come to give long introductions but preferred to answer any questions the Concerned Parent Movement had. Nevertheless, at the very start of the questioning St. Bernard stopped responding although her zoom link signaled that she was still online.

Asked about the no-show from the health minister, Terrence Deyalsingh, PRO Raheem said, “The health minister was a no show and we are a bit disappointed by that. We are hoping that he does a makeup because he owes us a meeting.”

At the zoom session, several doctors were in attendance and at least one made a case for the use of Ivermectin to treat Covid-19 patients in this country but were objected to by Dr. Paul. One doctor who said that she was from Grenada told the audience that the drug is being used successfully in her country and Jamaica. However, Dr. Paul said that she did not see it that way and asked the doctor to show her some respect since she was coming across as shouting at her and was not going to tolerate disrespect, but the doctor whose name was Preniah Lafeuillee told her she is simply speaking with passion. Dr. Paul told the audience that they are free to decide or even choose to disagree with her.

On Saturday, the Concerned Parents Movement had sent PSA media an invitation to attend the zoom session that was headlined: “No child left behind.” According to the memo, the purpose of the discussion was to invite parents and their children to a discussion on why they should be vaccinated.