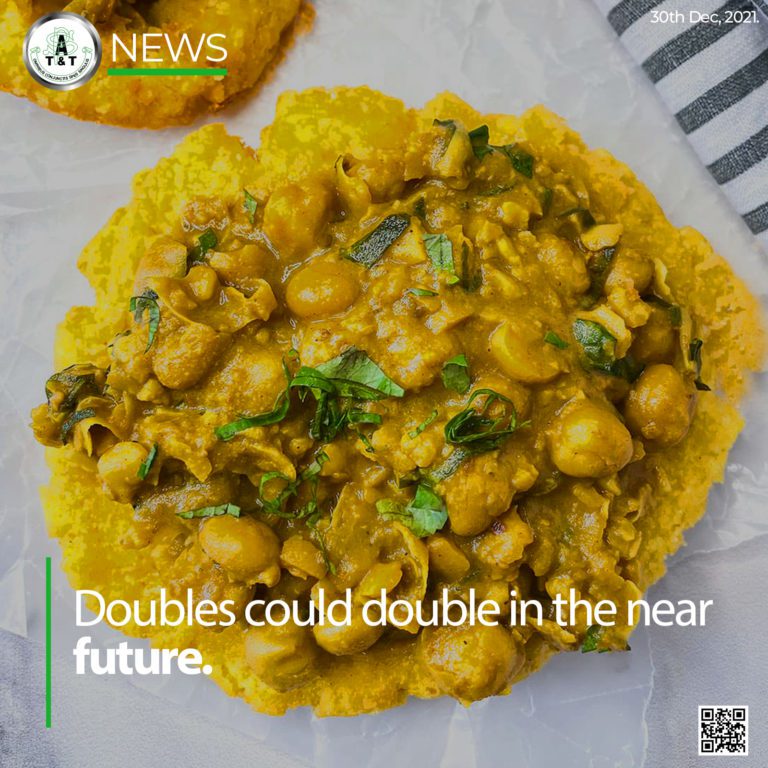 The T&T Doubles Association is warning that due to the increased flour cost, the price of doubles could rise to 10 dollars. However, bread manufacturers like Kiss Baking and Linda’s are currently checking their processes and both said they would get back to customers at a later date.

Head of the T&T Doubles Association Kurt Nigel Mason said that citizens would have to learn to adapt to wheat flour mixed with a different type of grain.

Mason stated that as all raw material costs go up, the final product price would have to be modified.

“T&T belly must adapt to hard times,” he said. Stating that for food to remain affordable, Trinidadians must learn to adjust to cassava, corn, potato, and rice flour instead of wheat.

“If doubles are made with cornflour instead, prices may be controlled,” he added.

In a media statement on Wednesday, the National Flour Mills (NFM) announced the hike in the price of flour stating that prices could rise again in the future. NFM stated that “soaring” wheat prices and supply chain delays were to blame for the 19% retail increase.

The Supermarkets Association of T&T (SATT) stated that the 19% price increase could be seen as an indicator that the Ministry of Finance cannot absorb the associated cost of operations impacted by the global pandemic.

“This is the unfortunate yet harsh reality we are seeing at a time when as a national collective we should be seeking the interests of the most vulnerable that this will impact,” SATT president Rajiv Diptee said in a media release.