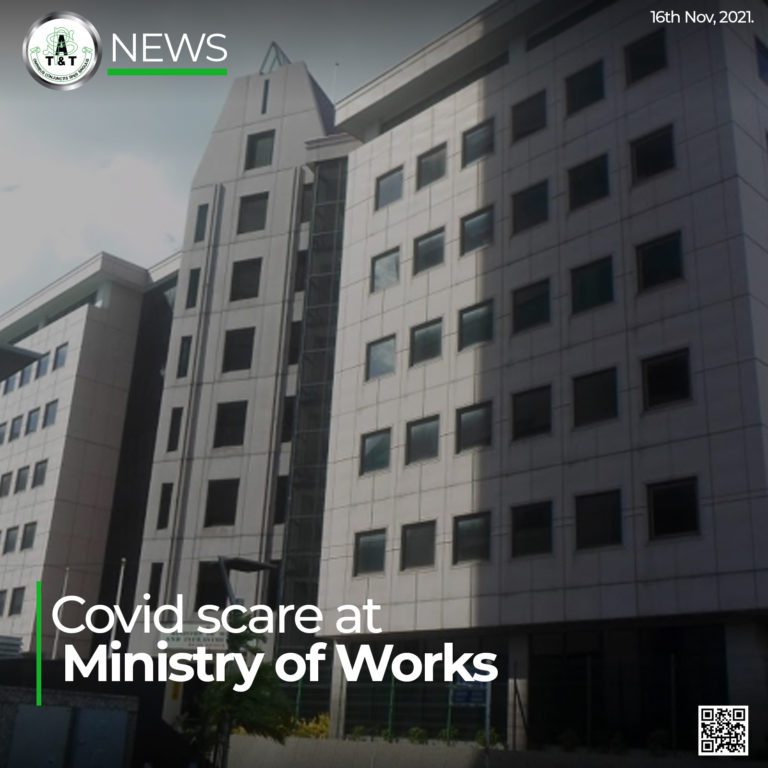 At least one employee working at the Ministry of Works and Transport office on Sackville Street, Port-of-Spain is concerned about her safety at the workplace after two of her co-workers contracted the Covid-19 virus last week.

The employee, who preferred to remain anonymous, reached out to PSA Media via Facebook Messenger and said that she is not happy with the overall situation at her workplace. She noted that last week two employees were confirmed Covid-19 cases, but they were not the first. She said this seems to be a weekly occurrence but because those two employees worked on the same floor as her it has affected her mentally.

She noted, “What has been troubling me is that there has been no isolating or quarantining of persons who may have been close to the two employees who tested positive.” She also pointed out, at the offices, there has not been any social distancing of staff since the floor that she worked on is busy.

Furthermore, she noted that from her experiences there was no smell of any cleaning agents in the building after the cleaner had finished her duty.

When contacted by PSA Media yesterday, the worker pointed out that staff had been informed by the management that the building would be sanitised yesterday. She noted that while she is happy about that news she is still concerned about the quarantining situation.

This development has put an end to a practice where public servants were either working remotely from home or worked on rotation. With a higher population density of workers in close proximity in offices has come heightened anxiety among workers about the spread of the virus in the workplace. A multitude of workers have expressed the lack of proper COVID-19 protocols in place at the various Ministries which is a fundamental breach of the Occupational Safety and Health Act which mandates that employers provide a safe working environment as well as to establish Health and Safety Committees and perform annual risk assessments.