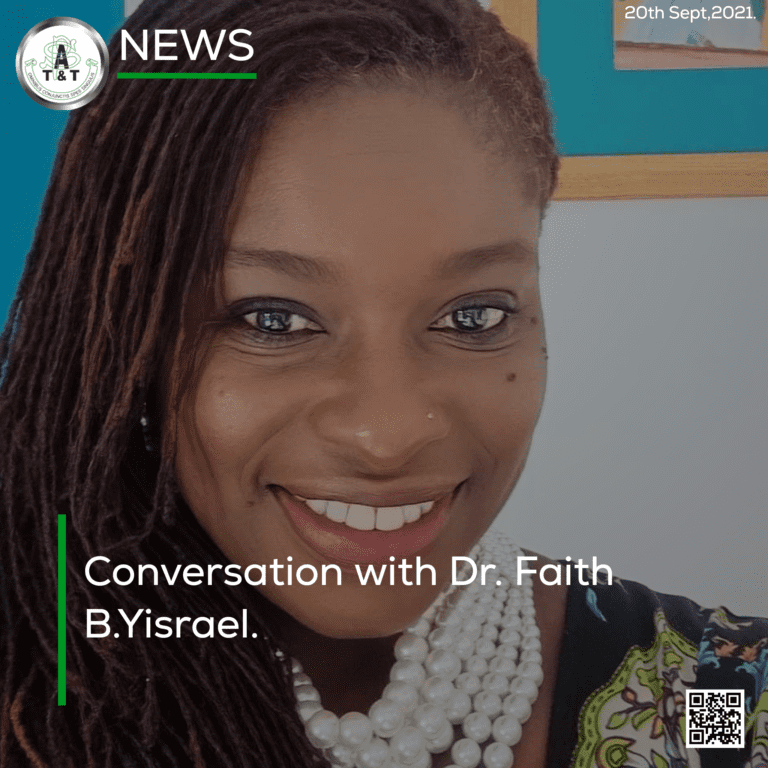 Can two walk together if they do not agree? That was one of the questions posed to Deputy political leader, Dr. Faith B.Yisrael via a telephone conversation last week.

The Progressive Democratic Patriots(PDP) and the Peoples National Movement(PNM) have two different styles of governance was the answer given by B.Yisrael as she chuckled on the other end perhaps over the thought that the question tinkered.
Soon after, she acknowledged: “That may have been exactly why the PNM refused to share power with us because our styles of governance are very different.”

As stated by Dr. B.Yisrael, after the January 25 six-six tie it seemed that the PDP was the ones making all the concessions. On the night of the deadlock, the PDP had made it clear that the tie was an opportunity for Tobago to share power with the PNM and on another date had suggested that they would take the deputy positions at the executive council and allow the PNM to take the more lucrative positions such as Chief Secretary and Presiding Officer. She said that the PNM did not even want that arrangement and hence the genesis of Tobago returning to the polls had been born.

In July, Prime Minister, Dr. Keith Rowley announced that the Tobago House of Assembly Amendment Act was proclaimed. This allowed for the dissolution of the THA and fresh elections to be held.

During the conversation with PSA media, the PDP’s Deputy political leader agreed with Dr. Rowley that Tobagonians were eager to return to the polls for fresh elections to rectify the impasse. This time due to the amendment there would be no tie since the seats are no longer an even number 12 but were increased to 15.

Dr. B.Yisrael is confident that the PDP can be victorious despite political pundits and the PDP itself asserting that the Elections and Boundaries Commission had carved the three new seats in the PNM’s favour since West Tobago has been traditionally PNM safe seats. The PDP leadership has however said in response they are willing to let the people decide.

“We have 20 years of PNM being in power in Tobago and that have shown their style of governance. They are very limited in the number of people or the number of entities that they share resources with. So, if you ask anyone on the ground in Tobago they can tell you, who are the five or ten friends or families of the big boys, who get all the contracts and everyone else has to settle for crumbs.” She said the PDP is proposing differently. “When we get into office we are going to spread around the contracts. We are going to ensure that everyone gets a piece of the pie.”

Another difference that Dr. BYisrael has said that makes the PDP different is their view of democracy. She summarised it by saying that the PNM has a mindset that they mandate policy from the executive come down, but the PDP wants to change that style. According to her, “We want to ensure that we have more participatory democracy. One of the things we propose, for example, is to allow any member of the public to petition the Tobago House of Assembly to debate on a particular issue.” She emphasized it is a style that will allow policies to come from the ground come up and said that it is unlike the PNM style for 20 years where they have done whatsoever they want.
Speaking on the issue of Tobago’s autonomy, the PDP leader noted that it too showed differences in the styles of governance of both parties. In short, she explained that the PNM Tobago council was willing to accept whatsoever was being offered by Joint Select Committee at the moment while the PDP was insisting on ironing out all the differences in the bill right away.

THA Chief Secretary, Ancil Dennis has not announced a date for the elections to be held as yet.