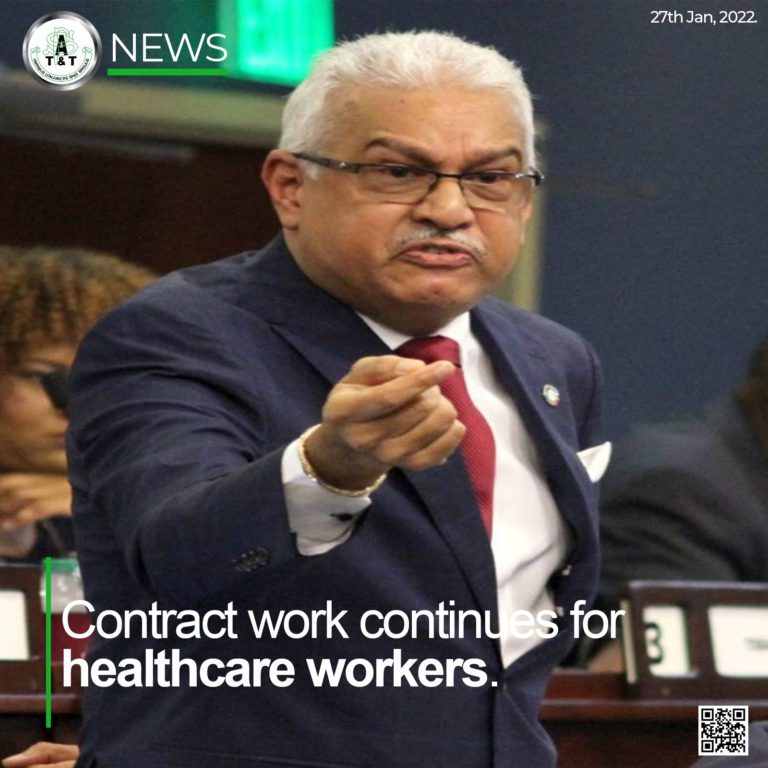 All of the 1,329 healthcare workers employed in the different Regional Health Authorities(RHAs) between October 2020 and December 2021 were hired on contract.

The revelation was made by the health minister Terrence Deyalsingh when he answered a question posed to him by opposition senator Wade Mark in the upper house on Wednesday.

The health minister gave the breakdown of workers who he said were hired to help with the burnout and fatigue experienced by healthcare workers over the Covid-19 pandemic.

According to the Health Minister, he was unable to give the exact duration of the contractual work for each healthcare worker but did acknowledge that they started at three months.

When asked for a breakdown of the personnel that was sent to the South West Regional Health Authority(SWRHA), Deyalsingh said that he did not have that information either, but he did inform the Senate that the bulk of the additional staff was sent to the North Central Regional Health Authority(NCRHA) and the SWRHA, “Which bore the brunt of the Covid response so most of the new staff will go to these two RHAs.” He said.