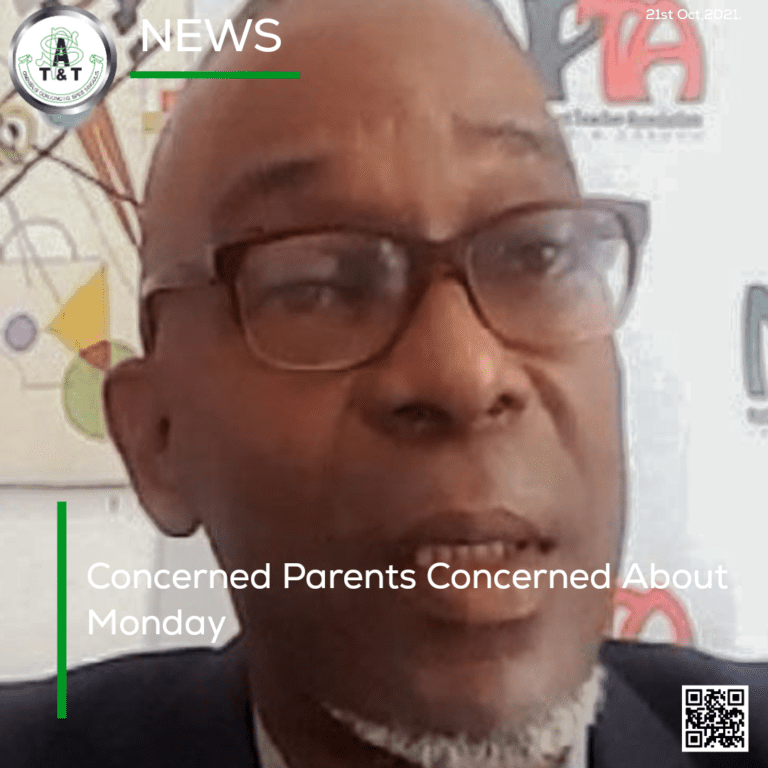 President of the Concerned Parent Movement T.T, Clarence Mendoza is hoping that students’ vaccination status will be left private on Monday.

In a Whatsapp message, Mendoza answered a question posed to him by PSA media and said: “ The Minister never mentioned anything to that effect. We want to make it clear that when the students enter the compound their status is not infringed upon on October 25.” He reiterated: “Forms four to six students, vaccinated and unvaccinated in the classroom together must not be subjected to give up their status at the school gate on entry.”

Mendoza’s response came after the Education Minister, Dr. Nyan Gadsby-Dolly hosted a press conference at her ministry’s office in Port-of-Spain and announced that both vaccinated and unvaccinated students in forms four to six will coexist at secondary schools on Monday.

He noted that while his movement had lobbied for the desegregation of the school system the new concern is the vaccination status of students remaining personal and the social distancing at these institutions. He said: “The Concern Parents Movement wants the Ministry to put policies in place to directly speak about social distancing and vaccination status at the schools.” He warned that the impact of the vaccinated and unvaccinated divide could be deep-rooted and the effects will be left to be seen in the school system in the coming days and months.

In mid-August, the Education Minister had proposed that there would be zero discrimination in the education system between vaccinated students and the unvaccinated. However, by the end of August, Prime Minister, Dr. Keith Rowley had explained during one of his Saturday press conferences at the Diplomatic Centre in St.Ann’s that there would be a parallel school system where vaccinated forms four to six students would return to face-to-face classes and the unvaccinated would continue via an alternative means. He cited the low vaccination rate of students as the reason for that decision at the time.

However, during Dr. Gadsby-Dolly’s contribution to the budget debate earlier this month she informed that vaccinated students in forms one to three would be allowed to also return to the physical school in two weeks(October 25). This new development prompted the TT Unified Teachers Association(TTUTA) to also inform the education ministry that retuprning lower forms students to school would mean the end of online classes.

Giving his opinion on that issue, the President of the Concerned Parent Movement T.T, Clarence Mendoza stated that he was disappointed that the Minister did not clear the air on the decision made by TTUTA to discontinue online teaching. He stated that from his understanding there was an agreement between the Ministry and TTUTA last year March and an emergency proposal was put in place during the pandemic. He noted: “The ministry has made it seem as though TTUTA are rogue elements and just ended online classes when that is not the case.”

Mendoza however ended his message by stating that his Movement is lobbying for the lower forms(one to three) secondary school students to return to physical classes in January 2022.