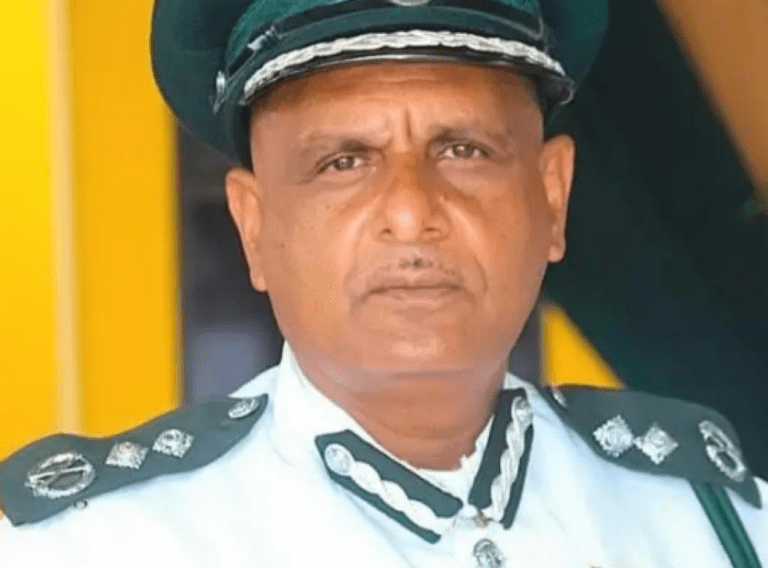 Despite at least two daily newspaper articles saying otherwise, there is still a Prisons Commissioner in Office.

The correction was made by the Chairman of the Public Service Commission, Winston Rudder at a Joint Select Committee(JSC) meeting on March 2. Chairman Rudder was responding to a statement made by JSC member Jayanti Lutchmedial who pointed out, “A real large vacancy and gap existing in the Prison Service,” with the Commissioner of Prisons going on pre-retirement leave and, “There being no one to act during the interim,” she emphasized her point by saying that it was not a secret that Prisons Commissioner Dennis Pulchan was going to retire.

“There is a Commissioner of Prisons in office as of now. And that Commissioner demits office on March 5 and by March 5 there will be an acting commissioner taking over from him. So what is in the press release or wherever that is inaccurate information.” Chairman Rudder responded.

Meanwhile, JSC member Jayanti Luchmedial also indicated that there were other outstanding vacancies within the hierarchy of the Prisons Service that needed to be filled also. She noted nine positions at the helm of the organization. Six Senior Superintendents and three Deputy Commissioners’ positions that has been void for the past five years according to a media release from the Prison Officers’ Association she said. Senator Lutchmedial asked for an explanation and was told by the Acting Deputy Director of Personnel Administration, Helen Warner, “Because of an injunction(court) we sort of had to change gears and manage how we can fill the other positions.”

Previously, in her response, Warner stated that since 2017 the Public Service Commission has been working on filling senior executive vacancies in both the Fire Service and Prison Service since the commission understood that they were two critical services within the society. She admitted that while there was just one outstanding vacancy that still needed to be filled in the Fire Service since the other four were completed, the same vigour did not materialize when they attempted to fill the positions in the Prisons Service.

An injunction made out by Superintendent Deopersad Ramoutar is presently blocking any further interviews by the commission. Since last year, Ramoutar has been challenging the competency-based assessment interview for promotion which is the last phase of the process before the selection can happen. Warner also disclosed that there was also another ‘court’s action’ for the position of Assistant Commissioner and said, “Out of caution the DPA advised that we hold in respect to those offices,” Helen said.

According to Warner, the problem is compounded by the commission’s policy that they would not skip ranks.

After out-going Prisons Commissioner, Dennis Pulchan, presently, the highest-ranked officer in the Prison Service is Superintendent.