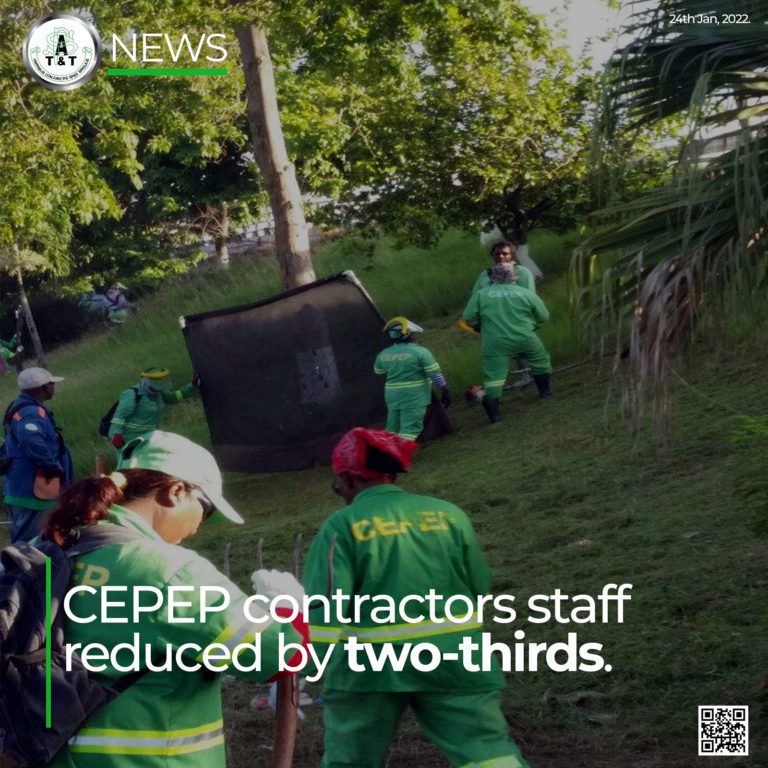 In a letter signed by CEPEP CEO Keith Eddy dated January 12 contractors were told that each number of teams would go from three to one, effective from January 17.

With each team having 10 workers, 20 workers per contractor would have to be let go, contractors are calling on the government and the company to find out why the instructions were given to cut the number of workers.

The contractors were told by Eddy that only the ten names submitted by the date January 17 would be paid stating “ Should the revised list of persons not be provided by said date, the CEPEP Company Ltd will not be  in a position to pay any of your workers until we have received the said names.”

So far no reason has been given for the instructions.

In an interview with PSA Media, one worker who wished to remain anonymous stated that since being cut it has been extremely hard on her family.

“They didn’t give us no warning, one morning I woke to get ready for work and saw the message on the group chat saying that they were reducing the number of workers. I held on hoping I wouldn’t be cut but it happened anyway.”

The mother of three stated that she was grateful that her husband still had his job as it made it easier for her family however things were still difficult at home due to the decrease in income.

“ I got vaccinated to keep my job, to make sure my children could be fed and to not have to fully depend on my husband to take care of all of us just to still end up jobless, tell me how that right. They said to take the jab if you want to work and I did but still, somehow I have no work now,” she said.

On December 18 the Prime Minister had announced a government policy for public-sector workers to be vaccinated by January 17 or risk being furloughed however he extended the deadline to next month.